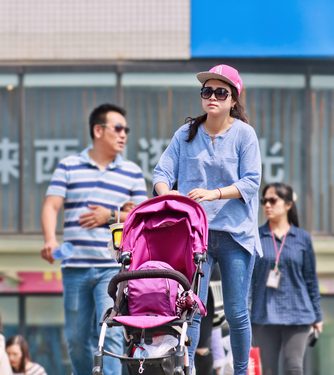 Brussels (Brussels Morning) Human Rights Watch (HRW) has warned that pregnancy-related workplace discrimination against women was common under the two-child policy since it was imposed some five years ago.

In a report released on Tuesday, HRW points to media reports, surveys, social media posts and court documents that reveal the various forms of discrimination that have occurred under the policy.

Yaqiu Wang, the Chinese researcher at HRW who wrote the report, asserted that “by pushing for a higher birth rate without adequate employment protections, the Chinese government has given employers a licence to harass and discriminate”.

The Chinese Communist Party (CCP) should put an end to sex and pregnancy-based discrimination in employment and institute non-discriminatory parental leave policies while ending the limitations it imposes on the number of children that people can have, according to HRW.

Many companies looked to avoid employing women who might potentially take maternity leave, discriminating against women with no children or one child.

Some companies invited job applications solely from men only or by preference, or otherwise from women who already have children, with some going so far as to note in job interviews that they would not employ women who planned to have a child.

In one instance, a company offered a job to a mother of one child on condition she deferred having another child for at least three years, while yet another fined an employee in Shandong Province for having a child earlier than her employment contract allowed.

A woman in Guangdong Province was laid off after she told her employer she was pregnant and a company in the neighbouring Fujian Province dismissed an employee on maternity leave.Noting that CCP propaganda urges women to “contribute to the country” by having a second child, Wang concluded that “instead of pressing women to have a second child for the country’s sake, China’s government should fulfil its international obligations by ensuring equal treatment in employment and reproductive rights.”