HRW accuses both Israel and Hamas of war crimes 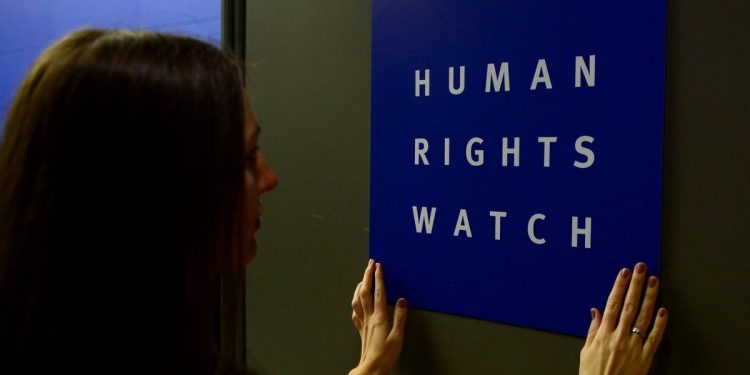 Brussels (Brussels Morning) Human Rights Watch (HRW) has accused the Israeli military and Palestinian Hamas militants of committing war crimes during the 11-day conflict between the two sides in May this year. In demanding that they be held to account, the global human rights watchdog joins a line of organisations calling for international judiciary to tackle the charges.

HRW released a report today, which focuses on investigating three Israeli airstrikes against targets in Gaza City. It also announced an upcoming report dealing with the actions of Hamas and other Palestinian groups, noting that the Palestinian side also engaged in apparent war crimes by targeting civilian populations.

In examining the three Israeli airstrikes, HRW concluded that there was no evidence of any military targets near the target locations, while 62 Palestinian civilians were reportedly killed in the attacks.

The most serious of the airstrikes, which took place on May 16, saw several precision-guided bombs dropped on AL-Wahda Street in Gaza City, which killed a total of 44 civilians. Of the victims, 18 were children and 14 were women. A single family, the al-Kawlaks, lost 22 members in the strike.

The HRW report claims that Israel failed to warn any of the residents to evacuate from the strike area, and that there was no military objective identified. The report emphasised that such attacks are unlawful.

According to the Israeli military, the AL-Wahda Street attack targeted tunnels that were supposedly in use by Hamas militants in the area. The Israeli Self-Defence Force (SDF) claims that the damage to the civilian homes was unintentional.
The report marks the second time this year that HRW has accused the Israeli authorities of international crimes. In April, it accused Israel of pursuing policies of apartheid, in a damning 213-page report documenting the country’s treatment of Palestinians in the occupied territories.