How will Biden deal with Russia? 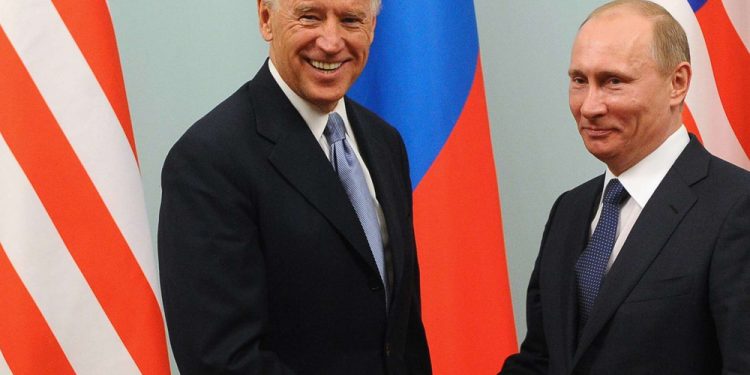 Speculation is an open game but prediction is best left to experts.

Washington (Brussels Morning) It is hard to predict how Washington will deal with Moscow in the near future. The incoming Biden administration is by all accounts a return to the familiar and the normal, that is, the assumption of a Euro-Atlantic community in which Washington will reassert its accustomed leadership role in Collective Security.

U.S. Secretary of State Mike Pompeo was scheduled to meet Anthony Blinken yesterday, the person President-elect Biden has tapped to take charge of US foreign policy. This would be the first high-profile meeting between the Trump and Biden administrations during a fractious slow-motion transition arising from the begrudging refusal of senior Republicans to acknowledge Biden’s victory.

Blinken will need Senate confirmation before serving as Secretary of State, a position that historically requires some degree of bipartisan endorsement.

There are several foreign policy fronts in which the Biden administration is expected to diverge from the outgoing administration. The President-elect has promised to re-join the Paris climate accord and to return the US to the World Health Organization. Also, he is expected to have a different policy regarding Iran. But some imponderables and riddles remain. One such concerns future relations with Russia.

Addressing the issue at hand, we speak to William Courtney, senior fellow at the RAND Corporation and executive director of the RAND Business Leaders Forum. Ambassador Courtney had a distinguished 20-year career at the US Department of State (1972-1999), serving as ambassador to Kazakhstan, Georgia, and the U.S.-Soviet Commission to implement the Threshold Test Ban Treaty. Better than anyone, he understands what is “systemic” and what is political about US diplomacy in Russia and the post-Soviet space.

Ambassador Tedo Japaridge (TJ). How might the Biden administration deal with Russia and the post-Soviet space?

Ambassador William Courtney (WC). Since the collapse of the Soviet Union in 1991, the U.S.  has supported the sovereignty, independence, and territorial integrity of the 15 new states on a bipartisan basis.  Washington sees this as vital to helping them succeed, and to discourage potential armed aggression or any other predation.

President Biden may pursue a policy toward Russia that is broadly consistent with the bipartisan consensus in Congress for a firm response to “malign” activities.  At the same time, he has committed to cooperate with Russia in extending the 2010 New START Treaty, which reduces long-range, or strategic, nuclear arms.  This extension may have only limited positive effect on other areas of the overall relationship.

TJ: Can the Democrats get over the 2016 elections? Should we expect yet another “reset” of relations with Russia?

Fundamentally, this mix of competition and cooperation in Washington’s policy toward Moscow has a long tradition.  For example, in 1987 when Presidents Gorbachev and Reagan signed the historic Intermediate-range Nuclear Forces (INF) Treaty, the U.S. was continuing to arm the Mujahadeen fighting against Soviet aggressors in Afghanistan.

Biden may seek talks with Moscow on a follow-on treaty to New START that would further reduce forces.  Some in Washington urge that Chinese forces also be included, and that Russian non-strategic or non-deployed nuclear forces be constrained.  Limiting the latter could pose daunting verification challenges, and China opposes its inclusion.

TJ. But will a Biden administration move towards ending sanctions on Russia?

WC. The main U.S. sanctions on Russia – on finance and energy development – stem from  Moscow’s war in the east of Ukraine and the seizure and annexation of Ukraine’s Crimea region.  Some sanctions may be lifted if Russia withdraws from eastern Ukraine, but the Biden administration may not expect a pull-out any time soon.  Support for robust aid to emerging democracies in Armenia, Georgia, and Ukraine may continue, as well as funding for the European Deterrence Initiative which strengthens NATO’s eastern flank.

Biden is taking a forward posture on Belarus.  Reminiscent of Presidents Carter’s and Reagan’s support for Soviet human rights dissidents, Biden did invite Svetlana Tikhanovskaya to attend his inauguration and meet with him.  But Biden and Congress will look to Europe to take the lead for the West.  Prior to the colour revolutions in Georgia and Ukraine, U.S. NGOs and other groups were active there and Congressional support had gelled.  Neither is the case where Belarus is concerned.

Ties with Allies, relations with China, and nuclear risks in Iran and North Korea may be priorities for Biden’s diplomacy.  In recent years U.S. engagement in the post-Soviet space, with the exception of Ukraine, has somewhat receded.  A recent example was the low U.S. diplomatic profile maintained over the ceasefire deal for Nagorno-Karabakh.  Nonetheless, in post-Soviet diplomacy, the Biden administration is likely to be more active than the current administration.

TJ. What might Biden’s perspectives on the South Caucasus and Central Asia be?

WC. U.S. perspectives on the South Caucasus (Armenia, Azerbaijan, and Georgia) and Central Asia (Kazakhstan, Kyrgyzstan, Tajikistan, Turkmenistan, and Uzbekistan) have been notably consistent across five presidential administrations.  This may continue.

The U.S. sees Central Asia and the South Caucasus as occupying strategic and sensitive geographic terrain wedged between China, Iran, Russia, and Turkey.  States there may be wary in some contexts but will seek productive ties with each other and with their four powerful neighbours.

Most regional states welcome U.S. cooperation to help them improve their economies, expand outreach to the international community, and balance ties with nearby powers.

TJ. Is Central Asia important in the context of Great Power competition alone?

WC. The U.S. sees Kazakhstan as a global leader on nonproliferation.

Prior to independence, it closed the Soviet nuclear test site at Semipalatinsk.  Once independent, it moved quickly to eliminate leftover Soviet nuclear and biological weapons and infrastructure, with help from the U.S. Nunn-Lugar programme.  Today Kazakhstan hosts a new nuclear fuel bank at the request of the International Atomic Energy Agency.

The U.S. encourages the development and export to world markets of Caspian Basin energy, mostly from Azerbaijan and Kazakhstan.  Energy cooperation involves substantial investment from Western, Russian, and Chinese companies, and the establishment of new or expanded export routes through the South Caucasus, Russia, Turkey, and the Black Sea.

Finally, the U.S. is grateful for longstanding regional support to the NATO-led operation in Afghanistan, aimed at preventing it from again becoming a “safe haven” for terrorism.

TJ. Do you feel that US investment in democracy promotion in the region has paid off?

WC. The U.S. welcomes democratic progress in Armenia, Georgia, and Kyrgyzstan, and efforts in Kazakhstan and elsewhere to foster ethnic, national, and religious tolerance.  There have been setbacks, but much progress has been made.  The Economist Intelligence Unit ranks Armenia and Georgia as the region’s most democratic countries.

However, the U.S. is concerned about corruption and restrictions on freedom.  Transparency International’s Corruption Perceptions Index ranks Tajikistan, Turkmenistan, and Uzbekistan in the bottom quartile of 198 countries.  The three along with Azerbaijan and Kazakhstan are assessed by Freedom House as “Not Free.”