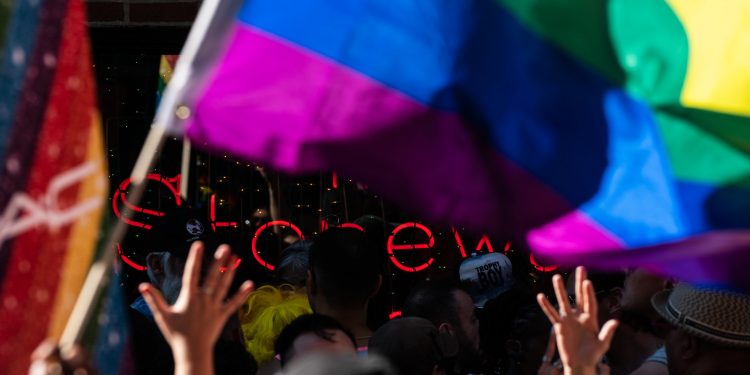 The European Commission is failing to defend LGBTQI+ rights as human rights, treating discrimination as a means to an end.

Thessaloniki (Brussels Morning) “Defying Exclusion Stories and insights on the links between discrimination and corruption” is the title of the report recently published by Transparency International and Equal Rights Trust. The report illustrates how corruption and discrimination intersect to provide significant grounds for discrimination against different minority groups, including the LGBTQI+ community.

The report is timely, as it coincides with the passing of a bill in the Hungarian Parliament that bans the articulation of gay issues in the school curriculum and TV programmes for under-18s, as Viktor Orbán’s ruling party intensifies its campaign against LGBTQI+ rights. Leaders from 17 EU member states have signed a joint statement condemning the law, while Commission President Ursula von der Leyen is denouncing the bill as “shameful.”

The recent Hungarian anti-LGBTQI+ bill adds to the list of discriminatory measures already taken against these communities, contributing to coercive corruption and the increasing alienation of this community from the state in its role as a guarantor of the rule of law and human rights, as they are left powerless to defend themselves.

According to the 2021 ILGA-Europe’s Annual Review – the leading advocacy platform for LGBTQI+ rights in Europe – Hungary violates LGBTQI+ community rights by exhibiting discriminatory behaviour across a broad spectrum of public services. Critics say that the Hungarian legislation is harsher than its 2013 Russian precedent, introducing a ban on “gay propaganda.”

The TI report uniquely sheds light on a new dimension of corruption: that of discriminatory corruption, collecting worldwide incidents of where discrimination fuels corruption, thereby feeding a vicious cycle of deepening inequality.

LGBTQI+ rights remain a legal battleground in Poland as well, where several municipalities and regions adopted resolutions for the creation of so-called “LGBT-ideology free zones”. The Commission is concerned that these measures violate EU law regarding non-discrimination on the grounds of sexual orientation.

LGBTQI+ activists and European human rights advocates have argued that the branding of specific regions as “LGBT-ideology free zones” is a form of discrimination, discouraging authorities from guaranteeing LGBT rights while encouraging hate speech and violence against LGBT individuals.

The Commission has launched an infringement procedure against Poland for its failure to address in substance an inquiry regarding the nature and impact of these so-called ‘LGBT-ideology free zones’ adopted by several regions and municipalities. Specifically, it has accused Poland of “hampering the Commission’s ability to exercise its powers” and “failing to comply with the principle of sincere cooperation,” in violation of EU law.

However, the icing on the cake were the egregious violations of the Hungarian rule of law and the European law principles as a striking example of how corruption hits marginalised groups, illustrating that corruption and discrimination have “tied the bonds”.

The Commission has now initiated another landmark infringement procedure against Hungary, focusing on the censorship of a children’s book portraying LGBTQI+ characters and seeking to question the bill’s legality in banning LGBTQI+ people from public discourse, particularly when it comes to the development of educational material for minors.

But there lies the failure of the European Union collectively. A closer inspection of the grounds on which the Commission makes its case against Hungary shows that Brussels references the Audiovisual Media Services Directive (AVMSD) and e-commerce Directive rather than making the case by referencing human rights violations and, specifically, the principle of non-discrimination.

The grounds of the infringement procedure against Hungary makes one wonder whether the EU is actually defending the rights of the LGBTQI+ community or whether, in fact, this is a legal distraction.

Specifically, the letter by Commissioners Didier Reynders and Theirry Breton to the Hungarian Minister of Justice fail to reference Article 2 of the Treaty of the European Union, which prohibits discrimination. Instead, the letter emphasises European common market law, establishing the argument that the Hungarian law restricts the freedom to provide services in the internal market, thereby abandoning the stance of risk to the values of the EU and endorsing instead the “risk of not selling products anywhere.”

One can argue that the intentions behind the EU-Commission’s infringement procedures are not as honest as presented; LGBTQI+ rights appear to be worthy only as an instrument, as a means of deepening standard market rules, rather than worthy of being upheld as human rights standards in their own right.