The other ‘game in town’ for the Western Balkans is China 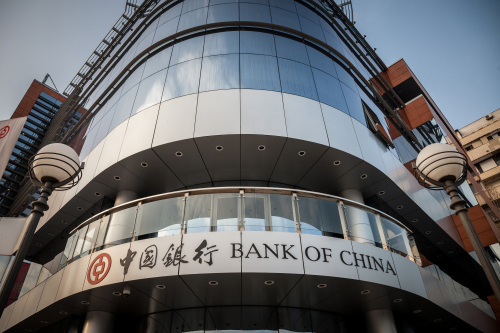 BELGRADE, SERBIA - MARCH 2, 2018: Bank of China logo on their main office for Serbia. Bank of China is one of the biggest Chinese State Owned banks, investing in Eastern Europe

Athens (Brussels Morning) The Thessaloniki Declaration of June 2003 unequivocally affirmed that the future of the Balkans is within the European Union”.  The Bulgarian, Croatian and Romanian accessions imbued the promise with credibility while successive NATO enlargements maintained a momentum of integration. But Euro-Atlantic integration is no longer the only game in town.

Russian, Turkish and the Gulf States investment allowed small states in the region to hedge their political bets, particularly as the singular narrative of Euro-Atlantic enlargement was floundering while alternative sources of foreign investment with fewer ‘conditionalities’ emerged. The same goes for Official Development Assistance and soft loans.

For over a decade China’s Belt and Road initiative (BRI) has captured the imagination. Although Chinese planning appears to be perfectly compatible with the Single Market, politically, it presents an alternative that may undermine political conditionality. Without holding on to the carrot, the EU does not have much of a stick.

In 2020, the EU tried to revive Western Balkan enlargement without substantial results. The local elite is not always forthcoming when it comes to calls for reform but are happy to oblige in mutually advantageous transactional arrangements with no strings attached.

The BRI project in the Balkans acquired strategic resonance following Chinese investment in the Port of Piraeus in 2009. Sixteen trade deals later, Chinese investment is uninterrupted. The ambition of the state-owned COSCO Shipping is to turn Greece into the biggest commercial harbour in Europe. This was followed by Chinese strategic positioning in the Greek energy grid and, gradually, banking.

Gradually, a narrative of regional connectivity that via Greece would connect Southeastern and Central Europe has emerged. Highway and railway connections have been discussed, mostly through China-led bilateral talks. Albania, Serbia, Hungary, and Bulgaria have sought a piece in the emerging pie.

Besides market access, joint ventures with EU member states with a regional scope allow China to gain a foothold in the Single Market as a “member-state by proxy”, an approach that is not unique to the region or to the logistics sector. Mergers and acquisitions in Europe have been aggressively pursued for more than a decade in almost every industrial sector.

According to Dr. Vladimir Shopov, a visiting fellow with the Wider Europe Program at the European Council on Foreign Relations, China’s rising influence in the Western Balkans is undermining European integration in at least four respects.

The first is China is legitimising the prospect of a ‘multi-vector’ foreign policy, regardless of its current institutional footprint. Various social stakeholders are simply growing accustomed to the idea that development can be pursued without single-dimensional reliance on Western actors.

Secondly, Beijing is utilising emerging opportunities in small and economically weak states to showcase its ability to generate public benefits, thereby countering accusations that its sole drive is crude self-interest. For example, its vaccine support programs in Serbia and the other countries of the region have precisely this dimension.

Thirdly, there’s a need to introduce different norms and values to European diplomatic practice. When China insists on the secrecy of contractual obligations, it is embedding a certain set of values: lack of transparency, accountability, disengagement with civil society, etc. This feeds into an environment of corruption and bad governance. For instance, when Chinese companies seek to bypass EU environmental and labour norms, they are directly undermining the wider Europeanisation of the Western Balkan countries and economies.

Fourthly, as geopolitical ambivalence towards the entire region persists, these practices deepen and further penetrate the political, social, and economic fabric of countries. Over time, this will further complicate integration in the value-normative, institutional and policy systems of Western organisations.