How ‘ancient’ trees are critical for forest sustainability and adaptability

by Andrea Lard
in World 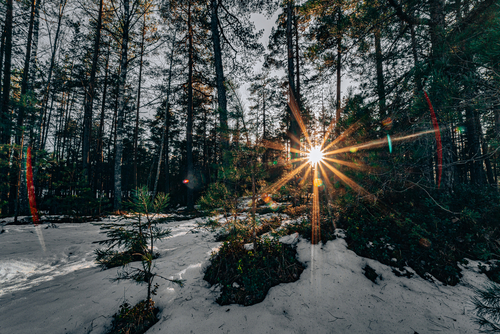 Belgium (Brussels Morning Newspaper) A new report maintains that ancient trees are critical for the sustainability and adaptability of our forests worldwide. The study, headed by Chuck Cannon, Ph.D., Director of the Morton Arboretum’s Center for Tree Sciences in Lisle, Illinois, in the US,  concluded that these trees offer genetic diversity and evolutionary properties necessary for forest survival.

Secrets of the Forest

The forest with all its beauty can hold many secrets. Some of those secrets date from a world so old that civilizations have long since come and gone and yet the forest remains. One of its majestic wonders is that of the ancient trees it contains.

Ancient trees are defined by the researchers as those that have been around for centuries, some even millennia. Often taller and wider than the species surrounding them, they literally stand out and tower above the younger trees. Estimates indicate that trees identified as “ancient” account for less than 1% of the world’s tree population.

Research released in January suggests that these rare trees hold the genetic key to forest sustainability and adaptability because they “bridge environmental cycles that span centuries.” The trees, having adapted their genetic code to significant environmental changes, then spread this genetic information throughout the forest.

Not all mature trees are the same

The study ascertained that ancient trees are unique in many ways. They filter a higher amount of carbon than typical mature trees and contain unique DNA that protects against insect attacks and fungal diseases. Cannon surmises that it is quite possible the ancient tree genetic code can protect these trees from being toppled by strong winds.

Since this type of genetic resilience cannot be reproduced, forest restoration and tree planting are vital. However, Cannon says the process will not save the “genetic and physiological legacy that they contain.”

It takes centuries and numerous swings in the environment for ancient trees to develop and build-up their resilience. This hardy resilience cannot be created artificially, a factor that speaks volumes about the urgent need to shift gears when discussing forest protection.

Seeing the Forest for the Trees

Unfortunately, climate change and deforestation are accelerating the mortality rates of our trees, and the more this speeds up, the more difficult-to-impossible it becomes for trees to get past the critical point of growth that enables them to achieve ancient tree status. Lacking the genetics passed on by ancient trees, younger trees will lose all capability of reaching elder status.

The research findings on ancient trees should alert governments and conservationists around the world to see the forest for the trees and to switch some of their focus to old-growth forests and their ancient inhabitants. These majestic trees are impossible to duplicate, and current environmental conditions are proving a worrisome threat to their prospects for longevity.

Cannon and his associates’ study argues the case for urgent global strategies to identify, protect and conserve the biodiversity of these ancient trees.