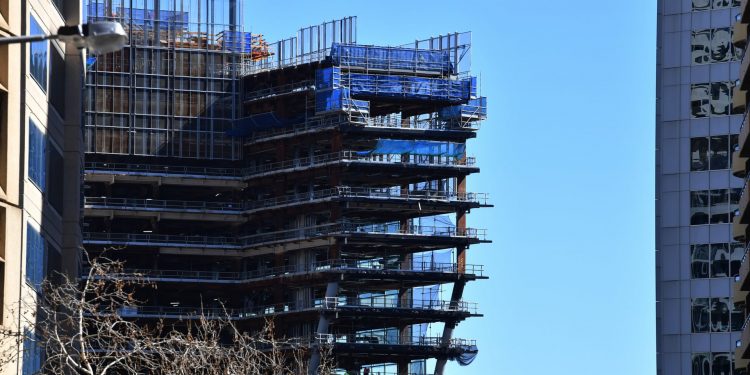 Labor has seized on new housing industry forecasts of construction activity to argue the Morrison government’s homebuilder scheme isn’t enough to stop a “bloodbath” in the sector.

Homebuilder offered owner-occupiers grants of $25,000 to help build a new home or contribute to renovations worth at least $150,000 if they signed contracts by 31 December and began construction within three months – or six months in Victoria.

Just 250 people have applied for the program so far, although with 42,427 expressions of interest, the program may exceed its original estimates of 20,000 new builds and 7,000 substantial renovations.

The chief executive, Denita Wawn, said: “Our industry is facing a bloodbath, there is simply no other way to describe it. Private sector investment is evaporating, and the government must step in to save businesses and jobs.”

The builders association called for a 12-month extension of homebuilder to allow for high-rise apartment purchases, as well as relaxing income caps and rules requiring homeowners to engage builders at arm’s length.

It called for Australians to gain “early access superannuation to build or purchase a home” – echoing suggestions from Liberal senator Andrew Bragg to reform super by allowing first homeowners to use retirement savings for a deposit.

It also wants a new “communitybuilder” program with the government to provide grants of up to 25% of the cost of construction undertaken by community or not-for-profit groups, or up to $5m for substantial renovations in a bid to spur commercial construction.

The shadow housing minister, Jason Clare, said that all available estimates of new housing construction “are pointing in the same direction – down”.

“For months, Labor has also been saying that the government’s homebuilder scheme is not enough to stop the fall and thousands of tradies losing their jobs,” he said.

“Here is the proof. This is a disaster for tradies and the thousands of small mum and dad businesses that work in the housing industry.”

Labor has called for a broader housing recovery package including federal first home buyer grants and construction of social housing, which the Coalition has so far refused to do on the basis it is a state responsibility.

Despite Labor criticism, Master Builders Australia argued that homebuilder has “proven to be a highly successful program” because it provided fiscal stimulus and encouraged “otherwise latent private investment”.

“Our 2020–21 forecast had been even lower, but the announcement of the homebuilder scheme in early June is anticipated to bump up the amount of new home building over the next year or so,” it said.

Master Builders projects a “modest recovery” in the sector will occur by 2024-25 with the current policies, by which time new home starts will reach 185,000.