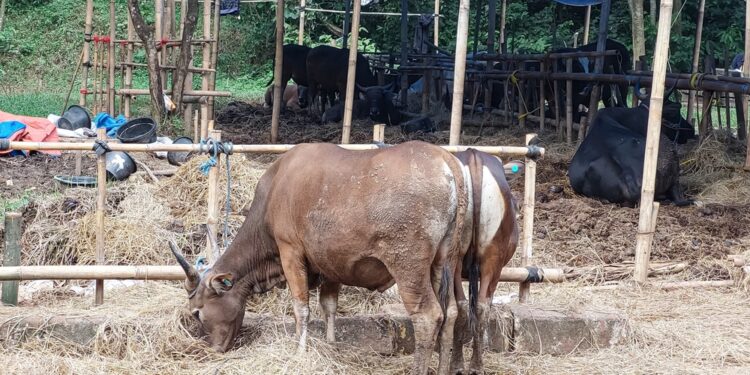 Brussels, (Brussels Morning)- The vote on the ban on slaughter without stunning is tearing the parties apart. While Vooruit threatens with ‘consequences’ for dissident votes, says BRUZZ.  What are the possible consequences of the historic vote for Brussels politics? Political science professor Dave Sinardet (VUB) answers four questions.

1. Vooruit chairman Conner Rousseau made it very clear what he expects from his Brussels group leader Fouad Ahidar. “If the party line is not followed, there will be consequences,” he said. Can Rousseau live up to those threats?

Sinardet: “In itself, a chairman can always expel someone from the party, but of course that does not happen overnight. But if someone agrees against the party positions, there are procedures for this. Fouad Ahidar can in that case continue to sit as an independent, which means that Vooruit will have one less MP. For Ahidar, this would mean the end of his career at Vooruit.”

“We do not know whether there will actually be an exclusion, because it is the most far-reaching consequence. But Rousseau is serious about his strong line on migration and diversity. It is important enough for him to take serious measures about this.”

2. What are the possible consequences for Hilde Sabbe? She will also vote against, but she is not a member of Vooruit. She is an independent member of the city list One.Brussels-Vooruit.

3. The Brussels PS dictated to vote down the ban, but Brussels MP and senator Julien Uyttendaele (PS) distanced himself from that position. What’s going on inside the PS?

Sinardet: “This is, of course, a very difficult file within the PS. On the one hand, there is a tendency that strongly adheres to laicism. Uyttendaele is part of that, just like his father. On the other hand, electoral interests also play a role. A large part of the voters come from the Muslim community, as do a substantial part of the people who are active within the Brussels PS. The mood among Muslims is very sensitive. In other words, the PS is in a stratified position. It also explains the differences between Brussels and the Walloon PS.”

4. What are the possible scenarios for the Brussels government of Prime Minister Rudi Vervoort (PS) after the vote? And how long will the mood – regardless of the outcome – last?

Sinardet: “The Brussels government will continue, be it damaged or not. Because it is of course something that they would have liked to avoid because they knew in advance that there are strong internal contradictions about this.”