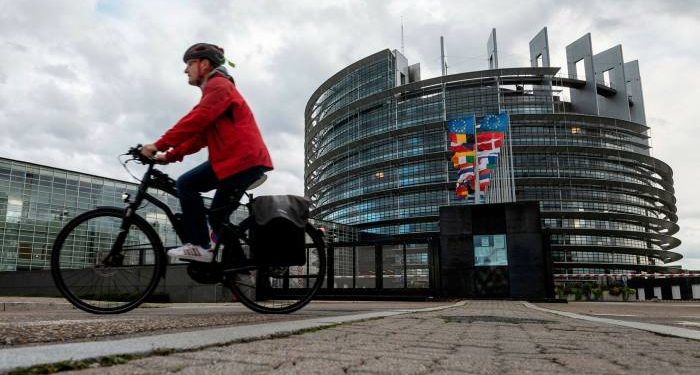 Brussels (Brussels Morning) Hungary and Poland announced Monday that each intends to exercise its veto over the decision on the next EU budget as a means of stating their objections to the rule of law conditionality that takes effect from next year. EU leaders now face the urgent task of resolving the impasse in their video meeting on Thursday.

“A compromise between EU ministers, the Commission and the European Parliament is the best one could imagine under the circumstances”, Germany’s Minister of State Michael Roth said Tuesday evening following the meeting to prepare for the EU leaders’ virtual summit tomorrow.

“This budget deal required everybody to compromise. Some countries are not in favour of the EU having its own new resources, others did not like the fact that the EU budget as a whole now exceeds the previous budget, despite Brexit.”

The 1.8 trillion euro budget deal comprises both the Next Generation EU recovery fund and the EU’s proposed annual expenditures from next year up until 2027.

Given the urgent need to adopt the recovery package, which is due to take effect from next summer, Roth said he was confident a solution would be found..“Billions would go to Poland and Hungary and they have also learned to profit from European solidarity”, he said.

As is, time is running out for arrangements for the EU administration to continue disbursing regular budget funds beyond January.

“Time is short, we need agreements within the next few days to finish adoption of  the new budget by January”, EU Commissioner Maroš Šefčovič.declared. “The recovery instrument is definitely needed so there is urgent need for support to adopt the planned measures.”

It seemed unlikely that the 25 other EU countries would advance to adopt the deal on the corona recovery funds without Poland and Hungary.

“We are still trying to bring everybody on board”, Minister Roth stated. “Everybody has to move from their positions but the difficulty is that the EU should tackle this health crisis together.”

Hungary and Poland have everything to gain from the corona recovery package as their share of the funds would amount to tens of billions of euros. Both countries are also net receivers from the EU’s regular budget.