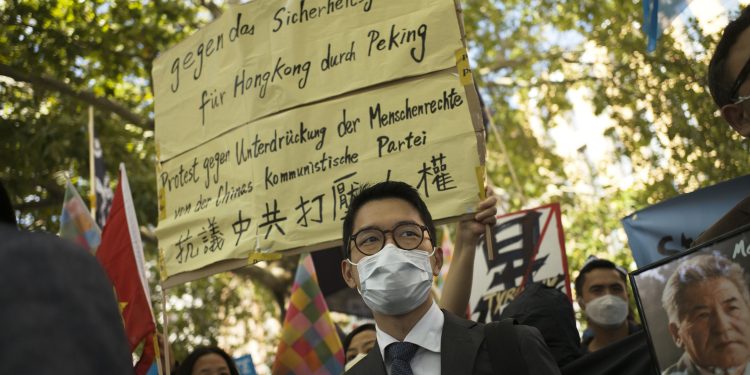 The activist in question is a 22-year-old female student who faced prosecution for taking part in demonstrations against new extradition laws. The student, identified only as Elaine in order to protect her family in Hong Kong, presented AP with documents confirming her refugee status. However, German authorities have declined to confirm the story, pointing to strict privacy laws in Germany.

Elaine said she fled Hong Kong in November, violating her bail after she was arrested on suspicion of rioting and violation of laws banning masks that were introduced in 2019 in the wake of increasingly violent anti-government protests.

Hong Kong Chief Secretary for Administration Matthew Cheung informed Lamlé that the Hong Kong government strongly objected to what he termed the harbouring of criminals under different pretexts by other jurisdictions.

The Hong Kong government described Elaine as a suspect who has reportedly committed serious crimes and jumped bail. Foreign governments should stop interfering in Hong Kong’s affairs, which, Cheung said, are internal matters of the People’s Republic of China.

After Hong Kong authorities tried introducing a bill that would allow extradition of criminal suspects to mainland China last year, protests erupted in the special administrative region. The bill was eventually scrapped, but protests against police violence and erosion of freedoms continued, with the Chinese Communist Party (CCP) imposing a new national security law which came into force on 30 June.

The law outlaws secessionist, subversive and terrorist activities as well as collusion with foreign entities interfering in Hong Kong’s internal affairs. The law has been criticised for putting an end to the “one country, two systems” policy under which the semi-autonomous Hong Kong had been operating since China took over the former UK colony in 1997. In the wake of its adoption, many young pro-democracy residents made plans to leave Hong Kong for good.

Germany previously ran afoul of the authorities in Hong Kong in 2018 when it granted asylum to two pro-democracy activists. On that occasion, Chief Executive of Hong Kong Carrie Lam summoned the German consul to complain.