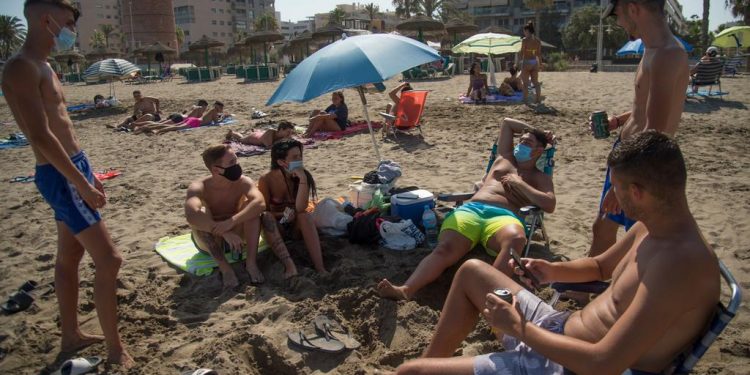 Thousands of British holidaymakers are waiting nervously to hear whether France will be removed from the travel corridor list after a fresh surge in Covid-19 cases in the country in recent days.

An announcement on whether France will be stripped of its quarantine exemption status is expected on Thursday, with one industry figure telling the Guardian that he would be “staggered” if it was not taken off the list. The Netherlands and Malta are also at risk of being removed.

Such a move could create a last-minute dash for those over the channel to return to the UK to avoid having to isolate for 14 days. France’s prime minister, Jean Castex, warned on Tuesday that the country had been going “the wrong way” for two weeks after a rise in infections.

France recorded 2,524 new Covid-19 cases on Wednesday, representing the highest daily rise since lockdown measures were lifted in May. This figure topped the 2,288 cases on Friday and was followed by 2,184 infections on Saturday, 1,885 on Sunday and 785 on Monday – when the country’s health ministry reported the first significant rise in the number of people in hospital due to Covid-19. The country’s health ministry said on Monday that those in hospital with the virus increased by 34 to 5,045 compared with Friday.

Meanwhile, according to the European Centre for Disease Prevention and Control, its 14-day cumulative number of Covid-19 cases per 100,000 people reached 30.4 as of Wednesday, compared with the UK’s 18.3.

The Netherlands, with a rate of 37.9 per 100,000 over 14 days, and Malta, at 61.6, are also thought to be at risk of being taken off the travel corridor list. Belgium, Luxembourg and Spain are among countries already removed, with the snap exit of the last of these at just a few hours’ notice in July causing chaos for holidaymakers.

The transport secretary, Grant Shapps, is among ministers who are understood to have met on Wednesday afternoon to discuss moves. Government decisions on which countries are removed from the travel corridor list are informed by a risk assessment from the Joint Biosecurity Centre, which looks not only at infection rates but at other factors including testing capacity, assessment of the quality of data available, trends in incidence and deaths, as well as transmission status.

Individual decisions on whether or not to remove countries are taken by devolved administrations, but England, Scotland, Wales and Northern Ireland all moved last Thursday to announce the imposition of quarantine measures on arrivals from Belgium, Andorra and the Bahamas.

Paul Charles, CEO of a travel consultancy, the PC Agency – which estimates there are half a million British tourists in France this week – said he would be staggered if the country was not removed from the travel corridor list. Malta, the Netherlands and Switzerland are also likely to be taken off, he predicted.

“You can’t fault the government for reacting to a resurgence in parts of Europe. I don’t think anyone’s critical of that if there’s a high caseload remerging, which there clearly is from the figures.”

Charles, who supports the introduction of airport Covid-19 testing, added: “They called Spain right at exactly the right time. If you look at Spain now it’s up to 90 [cases per 100,000] on a 14-day basis. So I trust them on their judgment.”

Any announcement on Thursday that France is to be removed from the travel corridor list is likely to offer a window of opportunity for travellers to return home before measures come into force. Charles added: “I think some people, if they can, will choose to leave earlier. This is clearly the issue the government has. However much notice they give, there will be a dash for some people. But they’ve learned from Spain that four hours was too short and then with Belgium [when it was removed from the list] they gave 30 hours and that was much better as it enabled consumers, and the travel industry, to do some planning.”