Holiday consumption in Italy to drop 18% 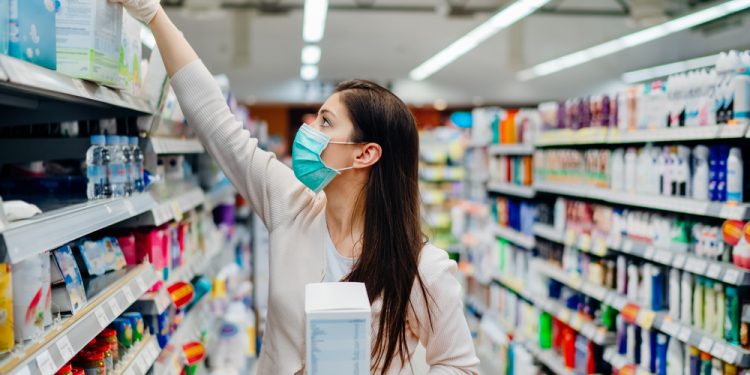 Woman wearing mask and gloves buying baby formula due to Covid-19 or Coronavirus and panic buying.Preparation for a pandemic quarantine.Shopping for infant formula,baby food supply shortage

Brussels (Brussels Morning) Italian holiday consumption could drop 18% on the annual level, according to the Confcommercio business association, Reuters  reported on Monday.

The business association was pointing up how the closure of shops and restrictions on social gatherings in the fight to contain the spread of coronavirus are expected to impact on incomes and buying power.

According to the survey based on a sampling of 1,438 shoppers, Christmas gift  spending will drop from 8.9 billion euro in 2019 to 7.3 billion this year. In 2019, 87% of respondents said they would buy Christmas gifts, whereas about 74% expect to do so this year, with close to nine in ten indicating they expected a very low key Christmas.

Confcommercio noted that overall spending by consumers is expected to drop approximately 10% in December, down to some 73 billion euro compared to 81 billion a year ago. In line with the three-tier zoning system introduced three weeks ago with the aim of controlling the spread of coronavirus, many shops must stay closed through the holiday season.

Study coordinator Mariano Bella pointed out that two-thirds of respondents cite restrictions on movement and lack of social events as the main reasons behind lower spending. He noted that overall retail dropped 60% in April, at the height of a stricter nationwide lockdown caused by the first wave of the pandemic, and said that the holiday season compares favourably to that.

Not only were there signs of recovery, he added, but savings had gone up 80 billion euro in the first six months of the year.

Italy’s economy, the third-largest in the EU, is expected to shrink 9% or more this year in the wake of the coronavirus crisis. The first country in the West to be hit by the pandemic, Italy managed to bring infection rates under control after months of nationwide lockdown.

Restrictions in five regions started to ease up this weekend as the number of hospitalisations dropped, and shops selling clothing and footwear as well as department stores were permitted to reopen.