Heated debate between Macron and Le Pen changed no minds 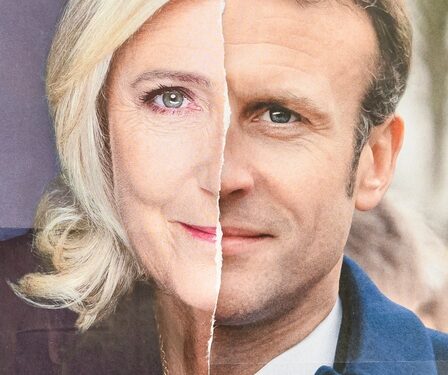 Illustration of the second round of the presidential election in France, with ballot papers of current president Emmanuel Macron (LREM) and Marine Le Pen (RN), in Paris, France, on April 14, 2022.

Belgium (Brussels Morning Newspaper) A heated, nearly three-hours long televised debate between French President Emmanuel Macron and challenger Marine Le Pen ended with a slight majority of voters believing Macron emerged victorious, though most voters said the debate did not change their prior decision for whom to cast their vote.

Some 15.6 million people watched the debate on Wednesday evening, a million viewers less than the debate between the same two candidates five years ago, when they were facing each other in the second round of the presidential elections for the first time.

Unlike in 2017, when Le Pen’s disastrous performance clearly tipped the scale in Macron’s favour, the far-right leader appeared more calm and collected, and was much better prepared to debate topics close to her electorate.

According to the Elabe polling agency, some 59% of viewers found Macron more convincing on Wednesday, while Le Pen was the more convincing candidate for 36% of those polled. Crucially, only 29% of people said Le Pen displayed “the most qualities necessary to be president”.

Macron pushed Le Pen on her financing links to the Kremlin, as the far-right leader received a loan from a bank tied to Russian oligarchs. She defended herself, as she did before, by stressing that no French bank was willing to give her a loan. “You talk about your banker when you talk about Russia, that’s the problem,” said Macron, accusing her of depending on Russian President Vladimir Putin.

Le Pen confronted Macron with his failed climate goals, accusing him of being “a climate hypocrite”. She tried to focus on purchasing power and retirement age, and Elabe reported more voters felt she was closer to people’s concerns than Macron.

Ultimately, more than half of the viewers found Macron to come off as arrogant, while a similar percentage found Le Pen frightened them. After watching the debate, some 90% of those polled said the debate did not change their voting intentions for the coming Sunday.