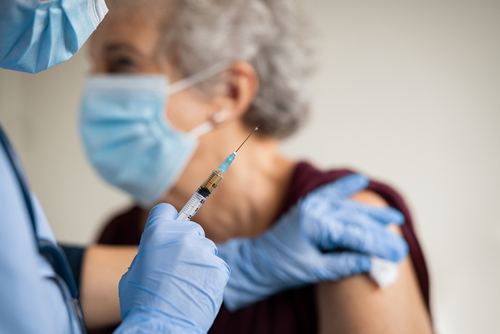 Britain’s COVID vaccination drive set off with a head start but it could be leaving the vulnerable homeless population behind.

London (Brussels Morning) The UK made history by being the first country in the world to approve a COVID-19 vaccine candidate.

After chides the approval may have been too quick, the EU and the US followed not far afterward. Deployment in England is now in motion, while the EU has been noted for its slow start, some blaming the bloc for wanting to control rollout for all 27 nations.

Since 8 December, England has vaccinated around 45% of over-80-year-olds with plans to immunise tens of thousands by Spring at over 2,700 centres, all within 10 miles of every resident in the country. Prioritisation groups have been organised mostly according to age, with frontline healthcare staff and those in care homes and with chronic illnesses in the top priority groups.

Not mentioned in the prioritisation strategy, however, are those sleeping rough. But homeless charities say all homeless people should be treated as one of the most vulnerable groups, like the over 80s. Even those working with the homeless should be considered frontline staff, they say.

Left out of the strategy

After shouldering some of the most chilling numbers of infections and COVID-related deaths in Europe — 37,535 cases down from a peak of 68,053 cases and a higher death rate than any other country in the world — the UK is talking up its vaccine programme promising 24-7 delivery, suggesting bottlenecks are a result of supply rather than the capacity to administer approved inoculations.

“The UK vaccine delivery plan will be the keystone of our exit out of the pandemic”, said Health Minister Matt Hancock, banking on an effective programme to take the UK out of its third national lockdown.

The Joint Committee on Vaccination and Immunisation (JCVI) responsible for the strategy believes an age-based approach would ensure the highest uptake of the vaccine.

While the JCVI acknowledged societal factors like deprivation and access to healthcare could increase susceptibility to COVID-19 and worsen outcomes of infection, homelessness was not mentioned as forming any part of at-risk groups or within the prioritisation strategy.

People with no home are at high COVID harm risk, says Homeless Link, the national membership charity for frontline homelessness organisations. The charity says many will have long-term health conditions comparable to 89-year-olds in the general population.

At this point, however, getting the vaccine depends largely on getting to a GP, but with barriers to healthcare for Britain’s rough sleepers, this in itself poses a problem.

In the run-up to the winter, the government rolled out the ‘Everyone In’ scheme, an initiative to get those sleeping rough into accommodation. By extension, those in housing should be able to access a GP. The initiative ended in November after providing around 33,000 people with accommodation — nearly 10,000 in emergency accommodation and over 23,000 moving into longer-term accommodation. The Ministry responsible for Housing, Communities and Local Government urged local authorities to continue work to ensure homeless people had somewhere safe to go over the winter, giving them access to a 10 million pound fund for support.

Due to reporting lags collecting data on the deaths of homeless people, there is sparse information on the scale of impact on this group in Britain housing and homelessness charity Shelter estimates as numbering around 280,000. The Office for National Statistics reported 16 deaths up to 26 June 2020, mostly males and with a mean age of 58. The next available report is due to be published in late 2021.

“Fortunately we have seen very few Covid deaths of people who are homeless, due to the swift and collaborative response in the first national lockdown [March 2020] bringing ‘Everyone In’ to emergency accommodation and adapting practices within accommodation and day services”, said Caroline Bernard, Head of Policy and Communications at Homeless Link, in comments to Brussels Morning.

“Many people have been moved on to longer-term accommodation to help end their homelessness. However, the pandemic has caused anxiety and severely disrupted the lives of people experiencing homelessness. Services and facilities that they relied on were suspended or closed down and, in many cases, the support they received was changed to be offered remotely. A group of those brought in to the emergency accommodation have sadly returned to the streets”, she said.

The current pledge of support had to be backed by a longer-term strategy and funding that would last beyond the winter, while a review of current welfare provision, Bernard says, would address the root causes of homelessness in all its forms.

“Only when we look at these wider issues can we begin to move towards ending homelessness for good”, she said.

Without the centralised approach, it has fallen on individual clinical commissioning groups (CCGs) of the national health service and the councils they service to determine how homeless people will receive the vaccine.

Two councils in England — Oldham Council in Greater Manchester and Redbridge Council in east London — have already decided to proactively plan vaccine deployment among homeless people as a matter of urgency, acknowledging their vulnerability and potentially significant transmission risk.

Brussels Morning contacted five CCGs for borough councils with the highest rates of homelessness in the country, which, according to charity Shelter, are Newham, Haringey, Kensington & Chelsea, Westminster and Enfield, all within London.

Only the North West London Collaboration of CCGs and Haringey council responded, saying a plan was in the works.

“We are currently working on our plan to facilitate the administration of the Covid-19 vaccine for people sleeping rough. Ensuring that homeless people, and other vulnerable people in the borough, receive the best possible care and get the vaccine swiftly is a priority for the council”, said a Haringey Council spokesperson.

The government has stood by its strategy, saying it was based on advice put forward by independent experts, developed to prevent as many deaths as possible and protecting the health and social care system.

Minister for COVID Vaccine Deployment Nadhim Zahawi has iterated that it was down to local players to get to hard-to-reach groups, including rough sleepers.

“The best way of reaching those people is not only through local government, which I think is very effective… but through charities and the third sector, which really know where the most vulnerable people are”, Zahawi told a parliamentary Science and Technology Committee last week.

Partnering with charities, as Redbridge is doing through the Westminster Drug Project, has also been recommended in flu vaccination strategies.

But decentralisation of this approach, some fear may lead to a patchwork result.

“While the Government has asked local authorities to factor people experiencing homelessness and rough sleeping into local vaccination plans, and to ensure they are registered with a GP, it is likely that their inclusion will vary locally and that people will be missed where areas do not engage with or bring everyone in to accommodation”, said Bernard.

“We are continuing to campaign to ensure that all homeless people are protected and supported with consistent action across the country”.