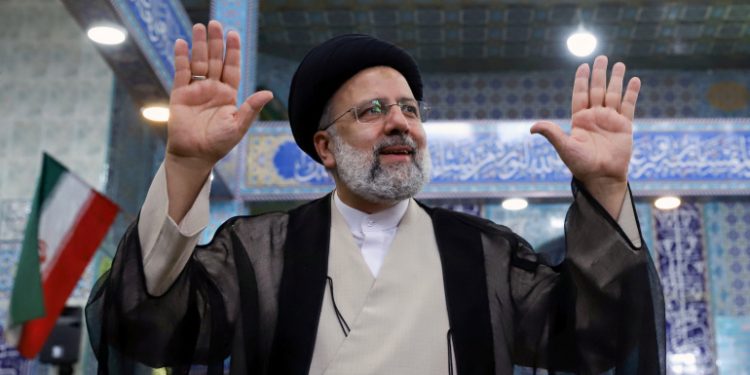 Brussels (Brussels Morning) The Iranian judge Ebrahim Raisi, an ultra-conservative hardliner, who was openly favoured by the country’s Supreme Leader, Ayatollah Ali Khamenei, was elected Iran’s new President on Saturday in a record low turnout, with millions of citizens either boycotting the election or casting protest votes.

Raisi, a target of US sanctions over suspected human rights violations since 2019, will succeed reformist President Hassan Rouhani as the country faces a severe economic downturn. The Iranian rial has lost some 50% of its value in the past two years, with almost 6 million people out of work in a country of less than 83 million citizens.

Voter turnout for the election was a record low of some 48.8%. As many as 3.7 million invalid votes were registered, as citizens cast either protest votes or submitted blank ballots. Many voters reportedly felt deprived of choice after the Guardian Council barred most reformist and moderate candidates from running, among them, all allies and associates of departing president Rouhani.

Despite Raisi’s openly hardline stance, analysts believe his administration is likely to stick with attempts to revive the defunct Iranian nuclear treaty, the Joint Comprehensive Plan of Action (JCPOA), currently being renegotiated between the original signatories in Vienna, given that Iran’s economy is in dire need of relief from US sanctions.

Raisi, a trusted follower of Khamenei, was appointed head of the Iranian judiciary in 2019 by the Supreme Leader. Some analysts considered this a clear move by the venerable, 82-year-old Ayatollah to set up his future heir. While not an ayatollah himself, Raisi is a sayid, with Shiite Islamists believing he is a descendant of the Prophet Mohammed.

Raisi’s possible succession to the position of Supreme Leader could emulate that of Khamenei, who also served as President of Iran before succeeding Ayatollah Khomeini, the leader of the 1979 Iranian Revolution.