Half of Mumbai’s slum residents have had coronavirus 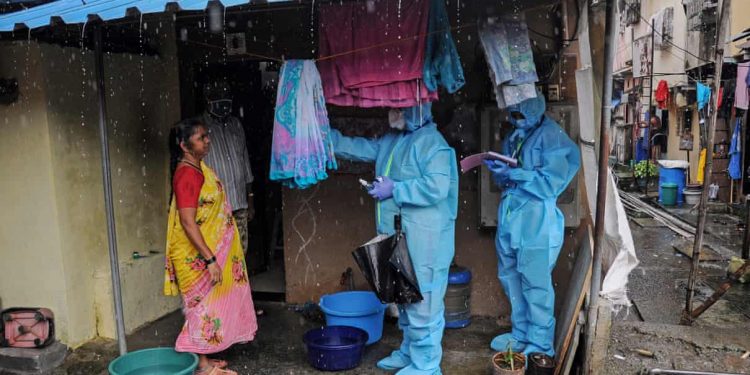 Over half the people living in the slums of Mumbai have had the coronavirus, according to a city-commissioned study that raises fresh doubts about India’s official case numbers.

India is already the third-worst hit country after the US and Brazil, with nearly 1.5 million cases, though experts have previously said the lack of testing could mean the true tally is much higher.

Blood tests on 6,936 randomly selected people conducted by Mumbai’s city authorities found that 57% of slum-dwellers and 16% of non-slum residents had virus antibodies, the study released on Tuesday said.

Mumbai, where about 40% of the population lives in slums, has reported just over 110,000 infections and more than 6,000 deaths so far.

The city of 20 million people is home to India’s largest slum, Dharavi, where an estimated million people live. But deaths in the sprawling slum have not exploded, with local officials saying their aggressive efforts to stem the spread of the virus has been effective.

The survey results suggested asymptomatic infections were “likely to be a high proportion of all infections” and also indicated the virus death rate was likely to be “very low”, the study said.

The Mumbai survey came a week after an antibody study commissioned by the government suggested that almost a quarter of people in the capital New Delhi, home to 20 million people, have had the virus.