Had Trump Succeeded On January 6th, Instability and Chaos Would Have Followed 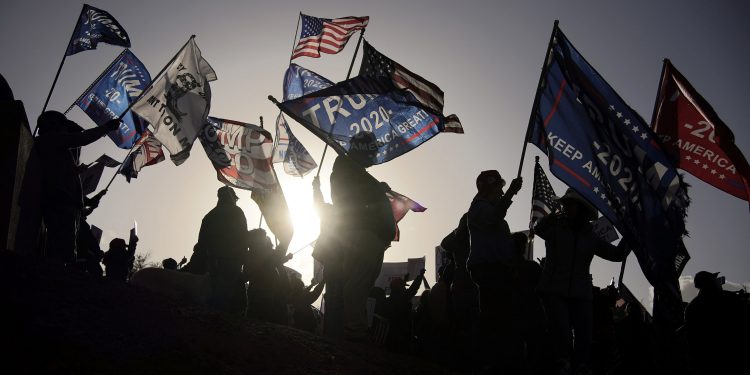 The USA, (Brussels Morning Newspaper) The televised hearings by the House Select Committee investigating the January 6th insurrection have made for riveting viewing, albeit primarily by people who already understand both Donald Trump’s role in the events of that day and that Trump lost the election. Nonetheless, the Committee has been masterful in having people who were formerly close to Trump, many of whom are longtime Republicans, testifying about events leading up to January 6th.

One of the central themes of the hearings has been that the US came perilously close to having a free and fair election overturned by a president who would not accept defeat-and that if Mike Pence had either given in to the pressure from Trump not to certify the election, or if he had somehow been stopped from doing that, Trump would have succeeded in his coup attempt. However, this is not exactly true.

Had Trump succeeded in persuading Pence not to certify the election, or otherwise managed to get away with overturning the outcome of the 2020 election, he would not simply have remained in office. Rather, the US would have plunged into massive instability and civil unrest. The people who voted for Biden, a majority of all those who voted in 2020 election, would not have simply grimaced and accepted Trump staying on.

Rather, had Trump managed to stop the transition process, there would have been widespread demonstrations in every major city. Those protests would have lasted for weeks as the American people would not have accepted Trump’s coup. Given both the political and social climate in 2020 and early 2021, the chances of violence and civil unrest would have been substantial. The demonstrations, counter-demonstrations, violence and widespread belief that the Trump administration was illegitimate could have torn the country apart, perhaps irreparably. This is speculation, to be sure, but it hardly unreasonable speculation.

Over the last several years there has been much talk about the potential for civil war in the US. While it is unlikely that the US will break into a red and blue America as some have suggested, the possibility of widespread instability and civil conflict cannot be dismissed. Because of Donald Trump’s refusal to accept defeat in an election he clearly lost, we came perilously close to that in January of 2021.

In the days, and indeed months, leading up to the January 6th, the Trump administration and its enablers implicitly embraced the view that instability, violence and potentially tearing apart the country was preferable to a legitimately elected Democrat becoming president. In January of 2021, Biden was able to overcome that and take office, but it was not easy and not quite certain until well into that month.

Since January 6th, Trump and the GOP have committed fully, with very few exceptions, to the big lie that Joe Biden stole the election-just this week, the Texas Republican Party made that part of their platform. Through that approach, the GOP has all but guaranteed that if Biden, or any Democrat, defeats Trump, or another Republican, in 2024, a large proportion of the American people will not recognize the validity of that election. The civil unrest that was narrowly avoided in January of 2021 is, therefore, still a very real possibility and one that is nurtured by Republican fealty to the view that Donald Trump won the 2020 election.

A major question facing the January 6th Select Committee, and indeed anybody who cares about stability and democracy in the US, is, given all this, how can we avoid violence and instability if Trump, Ron DeSantis or any other Republican, runs and loses in 2024. One very bad scenario would be if President Biden had to call out the security forces to control violent crowds who believe that a legitimate 2024 victory by Biden, or another Democrat, is fraudulent. Sadly, this feels almost inevitable as the GOP, since January 6, 2021, has done so much to turn the big lie into party doctrine. It is also possible that Republican could win the 2024 election fairly, but the return of Trump or another Republican authoritarian to the White House would accelerate the democratic rollback that defined Donald Trump’s presidency.

This is a confoundingly difficult question that demonstrates the extraordinary vulnerability facing American democracy. The January 6th Committee may be doing good work-but other than the Pollyannish fantasy, that few continue to believe, that the American people will see the hearings and recognize the destructive, authoritarian avarice that has captured the GOP-offers no real solutions to this core problem facing the US.

The public hearings are important and once again raise, most likely false, hopes that Trump and those closest to him will be indicted and convicted, but is also essential to view the hearings as a reminder that the biggest threats to American democracy presented by Trump and his political party are most likely still to come.