Guilty plea sought for jailer who was acquitted 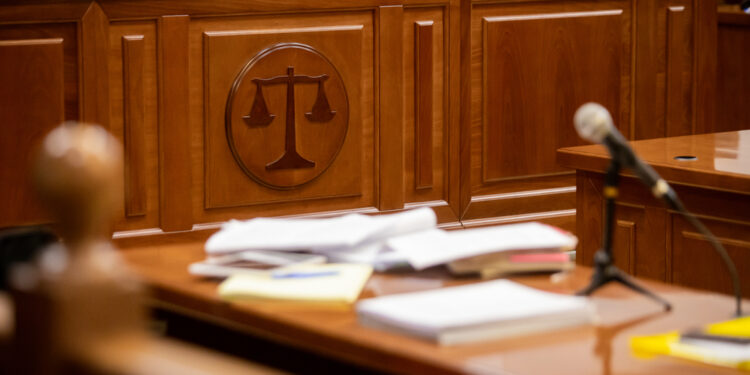 Brussels, (Brussels Morning) –  In the case of the inhuman and degrading treatment of detainees in Forest prison between 2014 and 2015, the Advocate General continued his plea before the Brussels Court of Appeal on Thursday. He has asked for a guilty verdict for a prison officer for the inhuman and degrading treatment of a detainee in 2015. The defendant was acquitted in the first instance for that offence.

The Advocate General recalled the facts of January 6, 2015. A detainee says he was beaten in his cell by several officers that day. He subsequently visited doctors, after which four medical certificates were handed over. One of the certificates mentions a dislocated shoulder said BRUZZ.

The prosecutor’s representative disputed the claims of the lawyer of one of the four accused officers, who allege that the statements are inaccurate. The Advocate General admitted that the statements could be more complete, but in his view they sufficiently confirm that the injuries were caused by blows.

He therefore requested that the guards be sentenced for assault and battery by an officer, resulting in the victim’s incapacity for work. He, on the other hand, requested the acquittal for the aggravating circumstance of premeditation.

The Advocate General also asked the Brussels Court of Appeal to find the agents guilty of acts of inhumane and degrading treatment. He also requested a review of the sentence of one of the four defendants, who had been acquitted of that charge by the first judge.

The investigation was launched in 2015 after some detainees complained about repeated violence by guards at Vorst prison. The accused guards had been working in the D wing and the psychiatric ward for several years.

For at least two years there was an omerta among the guards, but the case came to light after the complaints of the detainees. In the first instance, in March 2019, the court handed down two to twenty months’ suspended prison terms for fourteen accused prison guards. Both the defense and the Public Prosecution Service appealed against that decision. The case will continue on Friday.