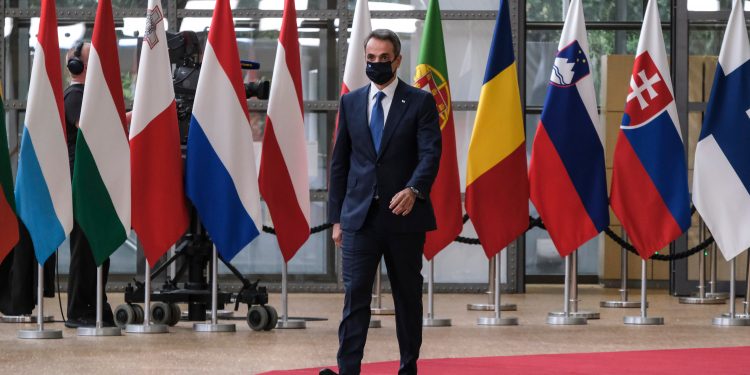 Brussels (Brussels Morning) Greece’s Prime Minister Kyriakos Mitsotakis announced a new cabinet reshuffle on Monday, which left key ministers in place but also brought in a line of new faces in a bid to boost his conservative government, Reuters reported.

Mitsotakis made no changes at the top of the Ministries of Finance, Tourism, Defence and Foreign Affairs, all very sensitive portfolios given the looming economic crisis and growing tensions with Turkey over energy resources in the eastern Mediterranean.

On the other hand, Mitsotakis also promoted several hardliners to new positions in the cabinet. Former agriculture minister Makis Voridis was appointed new interior minister, despite his controversial background as founder of an ultra-nationalist party in the 90s, affiliated with the French far-right National Front.

The new deputy migration minister Sofia Voultepsi also has right-wing connotations, and was criticised in 2014 for calling asylum seekers “unarmed invaders” in a parliament speech.

Mitsotakis is nearing the halfway point of his term, after defeating the left-wing Syriza in the 2019 legislative election and winning an outright majority in the Hellenic Parliament. However, the left-leaning media in Greece believe that early elections might be in the cards, considering this was Mitsotakis’ second cabinet reshuffle in just five months.

Mitsotakis’ approval rating remains high, and his conservative New Democracy party consistently leads Syriza by some 15 points in the polls. The fact that the PM changed his interior minister, usually in charge of organising elections, prompted some analysts to speculate that Mitsotakis might be aiming to cement his lead over the opposition by going to the polls, though he has for now denied any plans to do so.

Greece evaded the worst of the first wave of coronavirus pandemic last year, though cases are currently on the rise. News of the cabinet reshuffle comes as the country is in nationwide lockdown. The economy dropped some 10% last year. Athens is pinning its hopes on recovery in the second half of 2021.