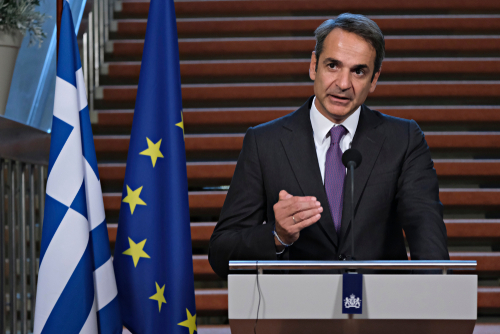 Holding his first press conference in Athens since the fires broke out, Mitsotakis said firefighting crews had battled around 100 uncontrolled fires every day in the past ten days, and had warned of the danger of more fires breaking out, even as most of the blazes had been brought under control by Thursday.

Mitsotakis noted it was only mid-August, predicting that, with the end of the forest fire season still far away, the country will has difficult days ahead. The PM said the firefighters’ efforts had managed to save lives, but that the fires had claimed forests and property.

The policy largely appears to have worked, as only a single volunteer firefighter had died north of Athens, suffering head injuries from a falling electricity pole. Four other firefighters ended up in hospitals with burns, two of them in intensive care. The low death toll is in marked contrastd to the summer 2018 fires, when more than 100 people died as wildfires enveloped a seaside settlement near the nation’s capital.

Mitsotakis blamed the severity of the fires on the climate crisis, emphasising the word “crisis” in declaring that it had arrived in Greece. He pledged to make “bold changes” that would be needed to combat the effects of the changing climate on his country.

Discussing the cause of the fires, Mitsotakis said it was certain that “some of the fires” in recent days were the result of arson. Several people have been arrested in the last few days on suspicion of attempting to light fires. Some were accused of making a deliberate effort to do so. The PM added that it is not clear whether the wildfires are a result of some individual’s organised plan, but he did acknowledge that the hot and dry conditions were the main factors in contributing to the spread of the blazes.