Greece to finalize fighter jet deal worth €2.5bn with France 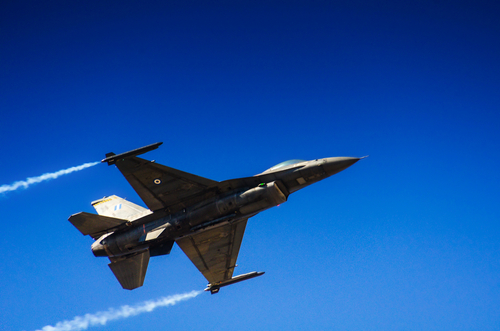 Brussels (Brussels Morning) Greece is to finalize the fighter jet deal worth 2.5 billion euro with France in a bid to upgrade its military, RFI reported on Sunday.

Greece wants to buy 18 Rafale jets, with deployment to start from next summer, this at a time when tensions with Turkey remain high over their maritime border demarcation dispute in the Eastern Mediterranean.

France’s Minister of the Armed Forces, Florence Parly, is to visit Athens today to sign the procurement deal, which was greenlighted by Greek lawmakers earlier this month.

According to the agreement, France will provide Greece with six new and 12 used Rafales as well as armaments, maintenance and pilot training.

According to a Defense World report from December last year, the 18 Rafales are to operate from Tanagra, the Hellenic Air Force’s main air base situated north of the capital Athens.

Tensions and return to talks

Friction between Greece and Turkey increased last year over Turkey’s hydrocarbon exploration in contested waters in the Eastern Mediterranean. France deployed two Rafale fighters and naval vessels in August, joining Greek patrols in the region as Athens and Ankara flaunted their military power.

After Greece announced plans to extend its territorial waters in the Aegean Sea, Turkey’s Minister of Foreign Affairs, Mevlüt Çavuşoğlu, warned on Friday that Ankara would view the extension as an act of war, according to the newspaper Ekathimerini.

“Turkey has vital rights and interests in the semi-enclosed Aegean Sea, where special geographical circumstances prevail,” Çavuşoğlu maintained.Despite this, Greece and Turkey are to resume talks today on a range of bilateral issues after a five-year hiatus. Hydrocarbon exploration and border demarcation will feature on the agenda, according to Turkey’s Hürriyet Daily News.