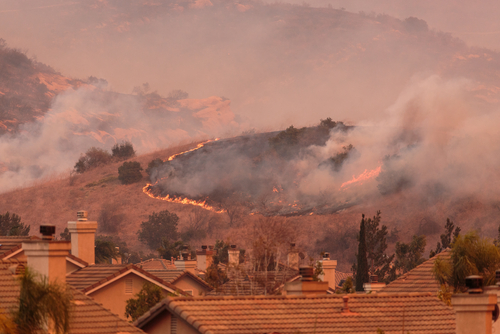 Discussing the management of wildfires in the nation’s parliament, he noted “we had prepared well… but not well enough to deal with this phenomenon,” according to DW reporting on Wednesday.

Mitsotakis announced that the government would analyse this year’s response to identify issues that can be corrected and added that Greece should acquire more firefighting aircraft.

He announced plans to establish an authority to help with the coordination of emergency teams and noted that the early warning system helped to minimise the number of casualties.

Greece saw the most severe heat wave since 1987 earlier this month, with Mitsotakis pointing out that firefighters responded to nearly 1,300 emergency calls to manage wildfires in the first few days of August.

Roughly 60 wildfires were active each day and many were started deliberately. Mitsotakis expressed belief that this year’s fire season showed the importance of implementing radical changes to control global warming.

The crisis “is forcing us to change everything; the way we produce agricultural products, how we move around, how we generate energy and the way we build our homes,” he noted.

Mitsotakis stressed that the government will provide aid to people who were affected by wildfires, to help them rebuild their homes. He underlined that 23 countries helped Greece to bring wildfires under control and thanked them for the response.

Wildfires destroyed large forested areas as well as homes, with the island of Euboea and parts of the Peloponnese among the parts of Greece that were hit the worst. The government prepared an aid package worth 500 million euro to aid affected areas.

One wildfire broke out on Euboea on Monday, which firefighters contained within hours.