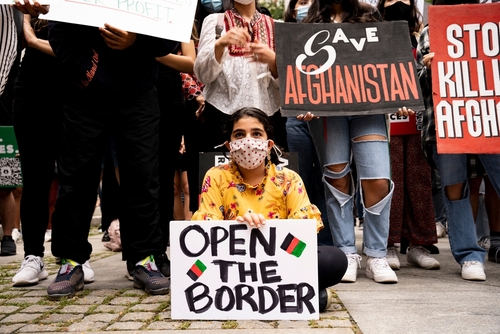 Brussels (Brussels Morning) Greece’s Prime Minister Kyriakos Mitsotakis notes that the country has stepped up its border protection and is to take a firm stance on migration.

He announced that Greece would block a potential wave of Afghans fleeing from the Taliban and called on the EU to help more on migrant issues, Reuters reported on Sunday.

“I will say it again: we cannot have European countries who believe that Greece should resolve this problem alone, and that it does not concern them at all because they can keep their borders tightly and hermetically shut”, Mitsotakis told a press conference.

The Taliban retaking of Afghanistan has sparked fears in the EU of a repeat of the 2015 migrant crisis, when close to one million people from Syria, Afghanistan and Iraq entered the EU by crossing from Turkey to Greece.

Since that migrant crisis, the EU has been locked in ongoing debates about common migration policies.

Having stepped up its border control measures, Greece insists that it does not want to become the EU’s gateway for migration again, citing what happened as a result of the 2015 crisis.

Then it completed 40 kilometres of fence in Evros region on the border with Turkey, fenced migrant camps and launched tenders to construct migrant facilities on islands near Turkey, which became the target for criticism by human rights NGOs.

Mitsotakis acknowledged that the EU has provided financial aid to Greece, but added “we are the ones doing the work: the coastguard, the police, the armed forces… and we will continue to do so.”

He pointed out that the Evros border fence could be extended if needed and added “we have the infrastructure in the event that we are faced with a new wave.”

“I will break and crush trafficking networks”, Mitsotakis declared, adding that “their potential customers will know that they could pay US$ 1,000 or 2,000 and not reach Greece.”

The EU, he believed, could best show its solidarity by reaching an agreement on common asylum policies, but he indicated that he was not optimistic about such an outcome.