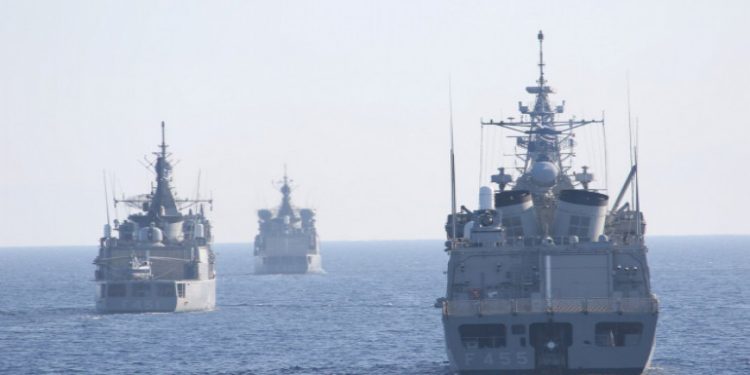 Brussels (Brussels Morning) Greece is preparing for a protracted crisis in the Eastern Mediterranean and the Aegean Sea at both the diplomatic and military level, with predictions the crisis could last at least until the end of the year, when the EU’s current ultimatum to Turkey expires, Kathimerini reported, Monday.

Significant dates being taken into consideration by Athens in the coming months include the US elections on November 3 and the period following between the announced result and the presidential inauguration on 20 January.

Speaking with Kathimerini, Germany’s Minister of Foreign Affairs Heiko Maas commented on Turkey’s redeployment of the Oruç Reis seismic survey ship off the Greek island of Kastellorizo, a move he described as a very unpleasant surprise. Turkey announced through the Navtex navigational and meteorological warnings service that the Oruç Reis would remain on a surveying mission until Thursday, 22 October.

While the Hellenic Armed Forces are on high alert in the event of further provocation by Ankara, a military strike by the Hellenic Navy has been approved only in response to Turkey should it make the first move.

As far as diplomacy goes, Greece is counting on Germany’s recent engagement in the dispute with Turkey, which, should it fail, will prompt Athens to call for severe EU sanctions. At the same time, Athens is looking to strengthen its ties with Egypt, Israel and the United Arab Emirates as well as other countries unhappy with Turkey’s assertive moves.

Greece has finalized plans to extend a wall along its border with Turkey in the northeast, concerned that migrants could attempt mass crossings into the EU, AP reported yesterday, Monday. Government spokesman Stelios Petsas noted that 26 kilometres of wall could be added to the existing 10-kilometre section, adding that the project, costing Euros 63 million, could be completed by end April.

The announcement comes in the wake of rising tensions between Greece and Turkey, Ankara having warned earlier this year that it would stop preventing migrants from trying to enter the EU illegally, triggering attempts by tens of thousands of migrants to enter Greece.