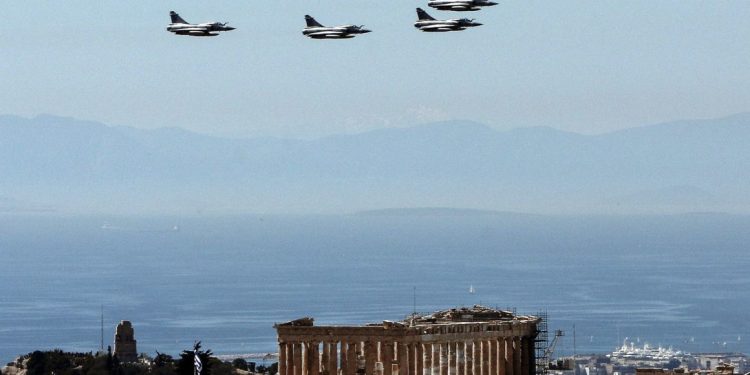 Citing recent provocative acts by Turkey, Dendias pointed out that the EU Council requires EU member states to suspend exports of military equipment to countries when the use is for regional destabilization or aggressive actions.

Greece is ramping up diplomatic efforts to mobilize its EU partners against Turkey over the latter’s hydrocarbons exploration in disputed waters in the Eastern Mediterranean, Bloomberg  reported yesterday, Tuesday.

Writing to the European Commissioner for Neighbourhood and Enlargement, Olivér Várhelyi, Dendias warned that Turkey is violating EU-Turkey customs union procedures using legislative, tariffs and other measures. He urged some form of retaliation, including suspension of the customs union.

Media in Greece reported Tuesday that the Turkish seismic survey ship Oruç Reis ventured as close as 17 kilometres or 9 nautical miles off the island of Kastellorizo, a violation of the Greek economic zone.

After last week’s EU summit, Greece’s Prime Minister Kyriakos Mitsotakis said the best expression of solidarity would be an EU initiative, possibly at EU member state level, that would forbid the sale of weapons to Turkey that might otherwise be used to threaten the sovereignty of EU member states.

According to unnamed sources, the Greek Ministry of Foreign Affairs is planning to send letters to UN Secretary General António Guterres, US Secretary of State Mike Pompeo and High Representative of the EU for Foreign Affairs and Security Policy Josep Borrell, condemning Turkey’s destabilizing actions in the region, Kathimerini reported at the beginning of the week.