Greece and Turkey to resume talks by early March 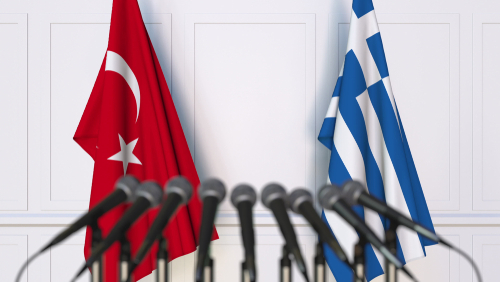 Brussels (Brussels Morning) Greece’s Prime Minister Kyriakos Mitsotakis has stated that Greek and Turkish officials should resume talks on their maritime border demarcation dispute by the end of the month or in early March, Reuters reports.

He said that resuming talks is a step in the right direction but noted that “Turkey needs to be consistent in terms of its behaviour — this cannot just be a decoy to avoid the discussion at the EU council in March.”

Greece and Turkey, both NATO members, have been at odds for decades over a number of issues that include maritime border demarcation, divided Cyprus and Aegean Sea overflights.

Between 2002 and 2016, the two countries attempted to lay the foundation for Eastern Mediterranean border demarcation negotiations to no avail. After a four-year hiatus, talks recently resumed.

The 25 January meeting took place in Istanbul and ended with both sides agreeing to continue talks in Athens.

The two countries are still not on the same page as each is unwilling to discuss some of the issues that the other wants resolved. Greece insists on discussing maritime border demarcation in the Eastern Mediterranean and the Aegean Sea, while Turkey wants to tackle all unresolved issues, including the status of some Greek islands and airspace.

Greece recently reached agreements on maritime delineation with Egypt and Italy. Athens has noted that, should an agreement with Turkey not be reached, the two countries should refer their dispute to an international tribunal.

Former Prime Minister of Greece George Papandreou pointed out earlier this week that in 2003 the two countries almost reached an agreement to resolve the maritime border dispute through the International Court of Justice, Kathimerini reported.

Papandreou said dialogue and international law had a vital role to play in easing tensions between the two, noting that both hold strong views on the issues. He welcomed the recent renewal of talks as an appropriate example of such an approach.