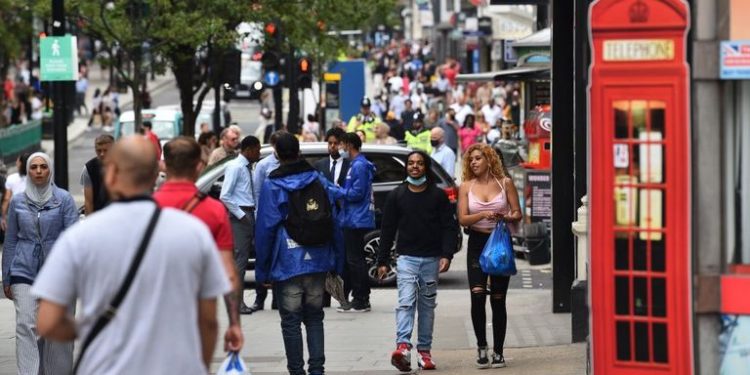 The UK Government is on the defense after it announced new restrictions to help curb the spread of COVID-19 yesterday as some say the measures did not go far enough.

“I’ve made a judgment that we are again at a tipping point with COVID, and I’m looking at data that alarms me, frankly”, she said.

The UK’s new rules include a curfew for pubs and restaurants of 10.00 pm, wedding guestlists limited to 15, and all shop assistants having to wear masks. Prime Minister Boris Johnson also urged people to work from home, if possible, a line that has received mockery in the past as a signal to the government’s confused messaging.

Challenged that only 5 percent of cases were linked to restaurant, bars and pubs, Raab said that after people have a few drinks, particularly in the later hours of the evening, “compliance with the guidance ebbs a little bit”.

In a parliamentary address yesterday, Johnson said the nation was at a “perilous turning point” after the government’s top scientists warned cases could reach 50,000 if action were not taken.

The Times also reported that chief medical adviser Chris Witty suggested in private that further restrictions were inevitable to bring the current spread under control.

Polling in the UK suggests 78 percent of the public supports the measures, although 45 percent of them said they should have gone further.

The government has sought to balance restrictions to help stop infection rates enough not to harm businesses, a concern that remains for many in the hospitality trade as custom could be hurt by putting limits on closing times and social gatherings.

Pressures also started mounting for further furlough support, including from the Bank of England governor Andrew Bailey who said the government needed to “rethink” the government scheme. Chancellor Rishi Sunak is expected to give an update on the government-funded job retention scheme Thursday.