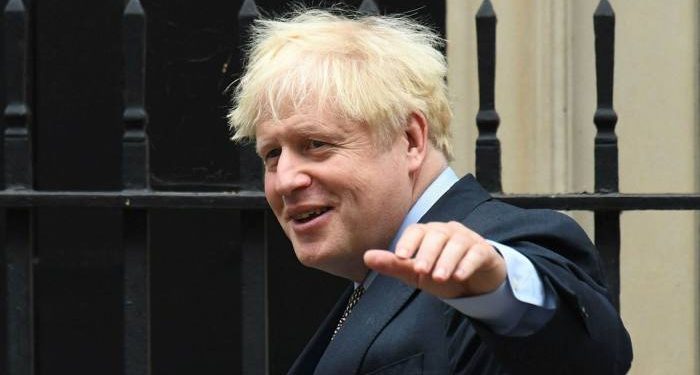 Former Prime Minister David Cameron has joined increasing censure of the current government’s new bill it says safeguards it against a no-deal Brexit.

“Passing an Act of Parliament and then going on to break an international treaty obligation is the very, very last thing you should contemplate,” said Cameron Monday.

The Internal Market Bill, published last week, contained provisions allowing ministers to override key clauses in the Withdrawal Agreement – the Brexit divorce deal the UK has with the EU. The bill’s impact on the Northern Ireland protocol has raised particular concern as it was a part of the Withdrawal treaty designed to prevent a hard border between the devolved region and the Republic of Ireland, protecting the Good Friday Agreement.

Prime Minister Boris Johnson has defended the bill calling it “an insurance policy”.

Lawmakers on both sides of the political aisle have hit out the bill. Cameron is the fifth living former prime minister to speak out against it, his remarks following rebukes by Theresa May and Gordon Brown that it would undermine Britain’s reputation.

Meanwhile, Tony Blair and John Major penned a joint article in The Sunday Times warning the bill could undermine the peace treaty. They also warned it would put off future trade partners.

Democrats in the US have already said that a trade deal is off the cards if this government puts the Northern Ireland peace agreement at risk.

Blair and Major iterated as well that other mechanisms exist to resolve problems with the Withdrawal Agreement, including negotiation or independent arbitration.

A vote in the House of Commons is expected at 21:00 GMT to go in favour of the government.

Irish Foreign Minister Simon Coveney said Monday Northern Ireland is one of just a few remaining issues in need of resolution to get this deal done:

“There are a few that are needed in terms of getting a basic and thin free-trade (deal), which is all that is possible at this stage to avoid tariffs and quotas”.