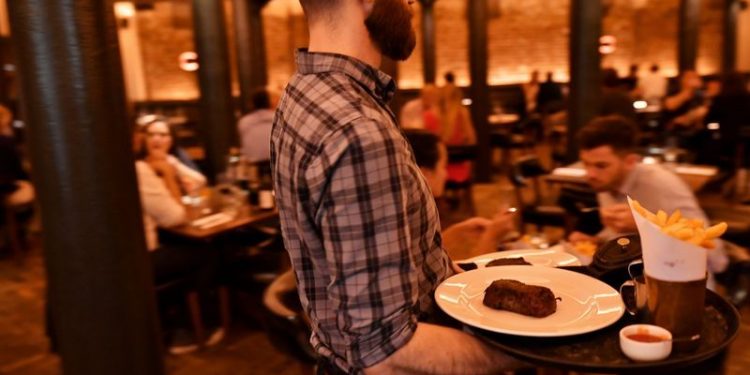 Inflation in the UK is at a five-year low, in part credited to the government-funded ‘Eat Out to Help Out’ scheme, where it reimbursed 50 percent of a meal up to £10 to help stimulate spending, as well as reductions in VAT.

Prices of restaurants were 2.6 percent lower last month than at the same time the previous year.

“The cost of dining out fell significantly in August thanks to the Eat Out to Help Out scheme and VAT cut, leading to one of the largest falls in the annual inflation rate in recent years,” said Jonathan Athow, the Office of National Statistics (ONS) deputy national statistician.

“For the first time since records began, air fares fell in August as fewer people travelled abroad on holiday. Meanwhile, the usual clothing price rises seen at this time of year, as autumn ranges hit the shops, also failed to materialise,” he added.

However, Reuters noted the pandemic’s impact on the economy and looming unemployment would keep consumer prices under control. It also noted many economists believe the Bank of England is likely to stimulate the economy before the onset of 2021.

Inflation is a measure of how much the prices of goods and services have risen over time, often comparing current costs with that of the same time a year earlier.

To those ends, the ONS – the UK’s official statistics agency – collects circa 180,000 prices of around 700 items as a basket to work out the Consumer Prices Index (CPI), which acts as the UK’s target inflation rate, set at 2 percent by the government – a stable rate to allow people and businesses to plan for the future.

The ONS is still missing eight items in its basket, as they remain unavailable to assess. In April, 90 items were unavailable.

“It is a statistic that reaffirms what we already know, but also reflects some freakishly temporary factors”, wrote Faisal Islam, the BBC’s economics editor.

“The chancellor’s restaurant subsidy scheme is already over, the VAT cuts expire in January”.