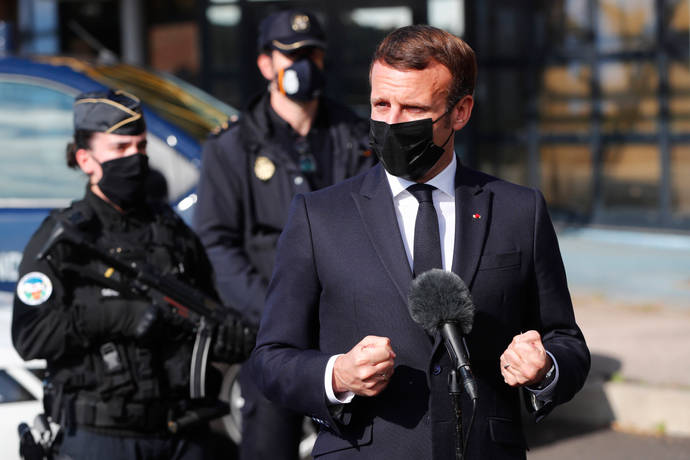 Brussels (Brussels Morning) The French Government has defended President Emmanuel Macron’s statement on his plans for boosting vaccination rates in the country, in which he used a vulgar insult, prompting his critics to decry his “unpresidential” outburst.

Macron told Le Parisien daily how he wanted to “piss off” unvaccinated people by piling restrictions on them, to the point where he hoped they would buckle and decide to receive their shots in order to simplify their lives.

While his message was denounced by those opposing the vaccinations, Macron also drew ire for his use of the slang term “emmerder”, which has its roots in the word “merde”, the French word for “shit”.

“A president cannot say such things”, Christian Jacob, chair of the centre-right Les Republicains (LR) party, declared during the parliamentary discussion on a bill which would make proof of vaccination mandatory for entering most indoor public spaces.

Government spokesman Gabriel Attal defended Macron on Wednesday, insisting that the Government stands by the president’s comments. “Who is pissing who today”, he asked, citing the health workers currently burdened by the growing infection rates and the business hurt by the coronavirus pandemic. “It’s those who refuse the vaccine.”

In the interview with Le Parisien, Macron called unvaccinated people responsible, and went so far as to suggest that “irresponsible people are no longer citizens.” His government recently proposed strengthening measures currently in place which already call for either having a proof of vaccination or a negative test result before entering indoor public spaces. The new bill would scrap the testing requirement, meaning vaccination would be the only remaining option.

In addressing the National Assembly, Jacob said he favoured the vaccine pass, but stressed that he “cannot back a text whose objective is to ‘piss off’” French citizens.