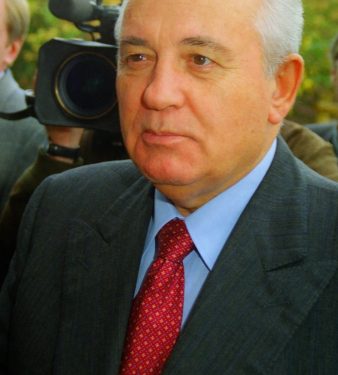 Brussels (Brussels Morning) The last leader of the Soviet Union, Mikhail Gorbachev, telling the Russian Interfax agency he hopes for improved relations between Moscow and the EU, says he is convinced that “common ground can still be found,” dpa reported.

“One should not be afraid of negotiations,” Gorbachev said. “Only negotiations, only meetings at all levels – especially at the highest – can bring positive results. I believe in this. It must be understood that we are all Europeans … this means that we must negotiate.”

Gorbachev’s meetings as head of Soviet Union with his US counterpart Ronald Reagan led to a number of nuclear disarmament treaties in the 1990s, only one of which remains in place. That is the New Start treaty which Biden and Putin revived a week before its expiration last month, after Biden’s predecessor Donald Trump had seemed ready to let it lapse.

Russia and the EU are currently at a historical low point in their relations, which have been worsening steadily since Russia’s 2014 annexation of the Crimean peninsula in Ukraine.

Relations continued to deteriorate as Russia was suspected of a number of assassination plots in Europe. The most recent set of disputes followed the attempted poisoning and subsequent arrest of Russian opposition figure Alexei Navalny, culminating in Moscow’s expulsion of EU diplomats in the middle of High Representative Josep Borrell’s visit there earlier this month.