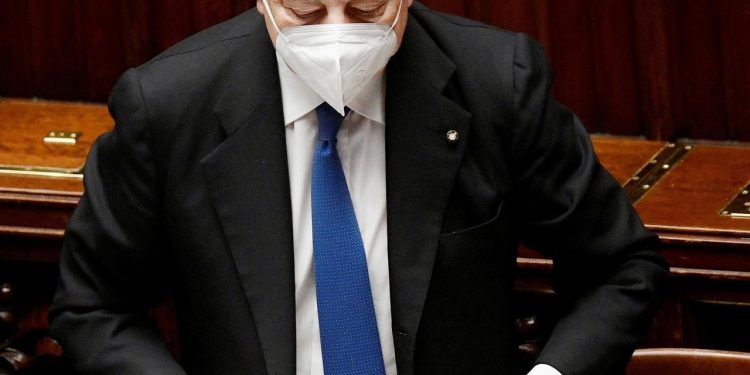 Berlin (Brussels Morning) “Poor guy,” I thought at first when I heard that Mario Draghi had accepted a mandate from the President of Italy to form a new Italian government. But upon a little more reflection, I realized that Mario Draghi may well be “the poor man,” but for Italy he probably represents a once-in-a-lifetime opportunity.

What country can boast a prime minister who has not only received broad support from the parties represented in parliament – from right to left – but also has unparalleled experience in both domestic and international arenas. Since the early 1990s, Mario Draghi has assumed positions of responsibilities in all the main bodies dealing with the Italian and the global economy. Furthermore, he has assumed the most important economic policy position in Europe at a time when the European Monetary Union (EMU) was on the verge of collapse, giving it a foothold at a crucial moment.

None of this, of course, guarantees that he will be able to navigate the intrigues of the political arena in a manner that will allow him to bring this office to a successful conclusion. But the potential and political expectations are enormous because of his vast experience and knowledge of the crucial issues. In any case, he brings to the task much greater experience than that of any of the politicians who have been allowed to take the helm in Rome in the past 30 years.

Italy and the EMU

Anyone who looks at Italy beyond the prejudices that are widespread – especially in Germany – knows that the country’s national problem is a root challenge to the European Monetary Union (EMUU). Because of Italy’s special starting position, the country has been on the defensive more or less since the beginning of the EMU. The simple reason for this is that Italy and the other EMU member countries were desperate to give up their “monetary sovereignty”, which they never really possessed, and were prepared to swallow a number of very fat (German) toads to do so.

The hope was that a large European monetary area would provide for a composite economic policy which, as in the U.S, would be oriented primarily to the domestic needs of a large and relatively closed economy and, consequently, would place domestic demand and employment at the centre of its efforts. That expectation was by no means unfounded at first. Eventually, the German Bundesbank, which had been extremely focused on price stability, was replaced by an institution that was formally more committed to keeping inflation. Of course, Germany would not have it any other way. But anyone who had seriously considered European “solutions” to EU-wide challenges knew that policymaking does not follow a strict blueprint.

No one who signed the Maastricht Treaty could have guessed that Germany, the largest country, would begin to “Netherlandize” itself immediately after the start of EMU: i.e. to live at the expense of its neighbours, a plan the Netherlands “successfully” implemented with wage-dumping policies since the 1980s. More unexpected was the fact that it was a red-green coalition, of all possible German governments, which laid the foundations for this policy as a “way out” of economic stagnation. This myopic approach blocked development throughout Europe, creating a uniquely European experience in economy policy.

For Italy, this was particularly fatal because, by signing the Maastricht Treaty, the country had placed itself in a fiscal corset that would have been bearable only if Italy had enjoyed export successes and/or its growth had been supported by corporate investment in an economically prosperous Europe. However, Germany blocked the first and second paths because its wage-dumping policy closed the export channel for other countries; while at the same time, it choked off its own and European domestic demand. All other EMU countries had to follow this nonsensical model if they did not want to lose out permanently in the global markets.

Mario Draghi’s room for manoeuvre and his biggest opponent

Mario Draghi knows all this, and for this reason alone he is fundamentally different from virtually all other European politicians. He knows that he needs expansionary fiscal policy (without European conditionality) to bring the Italian economy out of the deep trough it is in. He knows that there must be a change in the balance of competitiveness in Europe if Italy and France are to succeed in the long run. He also knows that he is under scrutiny every step of the way and that a storm could break out in the North at any moment that would sweep him away politically as well.

Draghi’s big advantage is his institutional knowledge. He will not fight on the wrong fronts. After all, he knows from experience in an infinite number of committees that his most important opponent is not in Brussels but in Berlin. Above all, this is where he differs from the naïve hacks on the right and left who blather on about neoliberal Europe and the Commission without ever having seen a European or international institution and the true balance of power from the inside. Draghi’s biggest opponent is the German CDU/CSU, which has nothing else in mind than to re-enforce the old debt rules immediately after the end of the Corona crisis and to impose harsh conditions on anyone who wants to borrow even one euro from Brussels.

Draghi also knows all too well from his Frankfurt days the sentiment emanating from avowed German opponents of the ECB, including the German Constitutional Court with its absurd ruling on the proportionality of European monetary policy. Focussing anything that looks like equal treatment of European countries by the ECB, is particularly problematic for Italy. Given the mood of the completely irrational “markets”, Italy can always find itself in the position of having to rely on direct or indirect support from the ECB. Accordingly, he of all people must be careful when discussing the inevitable question in the end, of whether and how the ECB’s mandate can be adapted to modern times after Corona.

Anyone who has to deal with a powerful opponent needs strong friends. The new Italian prime minister can never succeed unless he manages to do what all others who have tried to achieve in EMU have failed at so far. He needs a strong coalition of countries that are prepared to openly and clearly challenge German dominance. That this involves France and Spain in particular is beyond question.

Let’s not fool ourselves, Europe cannot be made with Germany as it is at this moment in time. How was the Italian prime minister supposed to succeed in doing what the ECB chief failed to do, namely to initiate a calm and rational discussion about economic policy in this large and largely self-reliant Europe? And a discussion in which the Germans realise from the outset that they will not get away with their old neoliberal-monetarist platitudes and mercantilist ambitions. All those who are still in their right mind can only keep their fingers crossed for Mario Draghi. I, for my part, wish him good luck with all my heart!