Golden Visas: a Trojan Horse in the heart of Europe

by Kostas Ketsietzis
in Europe With Transparency 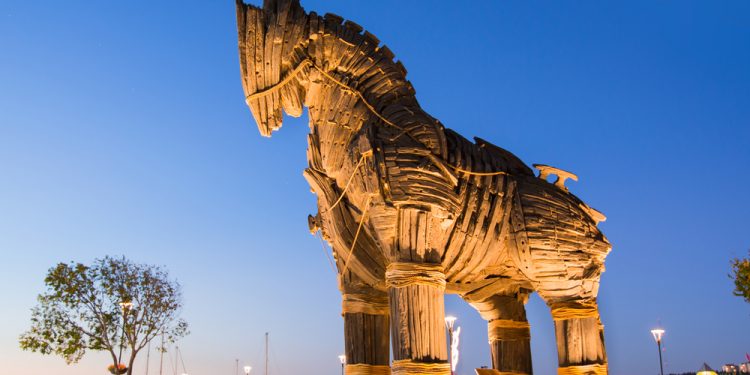 Athens (Brussels Morning) Foreign Direct Investment is traditionally sought after by most countries. Imagine how much more coveted it must be amidst the current financial uncertainties being experienced by coronavirus-stricken countries throughout the world.

In their race to attract global wealth, many governments, both in and out of Europe, have been offering a range of incentive schemes to attract High Net Worth Individuals (aka the rich and super-rich) to invest in real estate and/or businesses often in exchange for considerations of residency papers and/or a passport.

However, as has come to light numerous times, the competition for such revenue-enhancing investments brings with it high risks for the countries involved given an implicit propensity for corruption.

Of these schemes, the best known and most widely adopted are the so-called “Golden Visa” programmes. The rationale is simple: foreign individuals who make substantial investments acquire for themselves and their family members residence permits, or even citizenship in some cases.

A not so win-win situation

In theory, Golden Visas are a win-win proposition. States attract investments and foreign capital, while foreign individuals get their residence permit in the country of their choice, or at least in those they pay to enable that choice.

Inter alia, as Transparency International has repeatedly highlighted, Golden Visas represent a potential threat to the continuing fight against cross-border corruption. Without sufficient integrity checks and monitoring in place, they constitute an easy back door entryway for the corrupt.

A simple, quick online search can turn up multiple examples of scandals and controversies in many of the countries that provide Golden Visas. The most recent involved Cyprus, which came under the spotlight after an Al Jazeera undercover report revealed how the EU member country’s Golden Visa scheme had attracted applications from individuals associated with criminal activity in their countries of origin.

However, Cyprus is not the only case. There have been other instances of similar abuse of such schemes reported in states such as Malta and Hungary, where Golden Visa programmes have proved questionable and controversial as highlighted by the Organized Crime and Corruption Reporting Project (OCCRP)..

Action after the abuse

As Brussels Morning reported after Al Jazeera’s “Cyprus Papers” exposé, the European Commission decided to get tough on “golden passport” schemes in both Cyprus and Malta, which offered not just residency permits, but also citizenship to would-be investors.

Τhe Commission’s decision to launch infringement procedures against Cyprus and Malta over apparent breaches of EU law is a step in the right direction, but not enough.

Cyprus put an end to its scheme just over a month ago, on 1 November. However, as previous cases have shown, governments can re-introduce similar programmes, which is what Malta recently did. Moreover, a recent Financial Times article pointed out how Montenegro, currently having pre-accession talks to join the EU, is operating a Golden Visa programme.

There are now sufficient cases on the basis of which it is safe to conclude that Golden Visa schemes are systemically flawed. Of course, any and every state has the right to attract more foreign capital. However, this should not be brought about at the expense of transparency that might otherwise reveal money laundering and criminal activities.

Programmes that provide quick-fix citizenship in exchange for sizable investments are, by their nature, susceptible to attracting dirty money and the wrong people.

When it comes to Golden Visas, it is quite clear that actions taken by states, once abuses have been committed and have come to light, are insufficient and inadequate.  Many states are unwilling to demand stricter scrutiny of potential Golden Visa investors, out of fear that more stringent regulatory mechanisms will make their programmes less attractive.

EU member states in particular should adopt a strict approach within a harmonized framework with clearly defined common mandatory procedures for granting Golden Visas. Moreover, the EU should provide each member state with the resources to ensure they can make thorough background checks of applicants and make sure that all such applications are in full compliance with the bloc’s anti-money laundering regimen..

As Laure Brillaud, Anti-Money Laundering Policy Expert at Transparency International EU, succinctly puts it: “Yesterday it was Malta, today it is Cyprus, and tomorrow it will be another EU country’s Golden Visa programme that comes under the spotlight.

The problem of corruption in these schemes and their abuse is systemic and requires a strong response from the EU. We need a solid legislative proposal from the European Commission on how these programmes can be regulated until they are phased out.”

Αfter all, residency permits and, more notably, passports are among the most valuable goods that any country can offer to individuals. Keeping that in mind, the EU and its member states should be responsibly selective as to whom they grant them to.