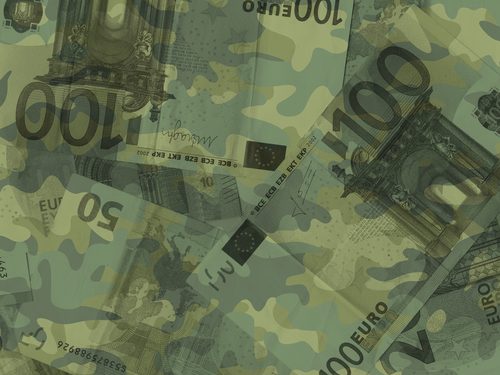 Brussels (Brussels Morning) Global military spending increased by 2.6% in 2020, despite the worldwide economic slump brought about by the coronavirus pandemic. Total spending reached nearly 1.65 trillion euro, according to a report published by the Stockholm International Peace Research Institute (SIPRI) on Monday.

“We can say with some certainty that the pandemic did not have a significant impact on global military spending in 2020”, said Diego Lopes da Silva, a researcher with the SIPRI Arms and Military Expenditure Programme, which issued the report.

The so-called “military burden” – the share of military spending expressed as a percentage of Gross Domestic Product (GDP) – grew during the epidemic from 2.2% to 2.4%. However, this increase was primarily a factor of the global economic downturn, which reduced worldwide GDP.

The top five countries on the list – the US, China, India, Russia and the UK – accounted for as much as 62% of the world’s military spending. “It remains to be seen whether countries will maintain this level of military spending through a second year of the pandemic”, da Silva said.

Chinese military spending grew for the 26th consecutive year, but still fell behind the US growth, rate, which registered increased expenditures of 4.4% in 2020 to reach an estimated 778 billion dollars. Overall US military spending continued to dwarf the outlay by the remaining four top countries, accounting for 39% of global spending. Former President Donald Trump increased spending each year during his term, after seven years of cutbacks under President Barack Obama.