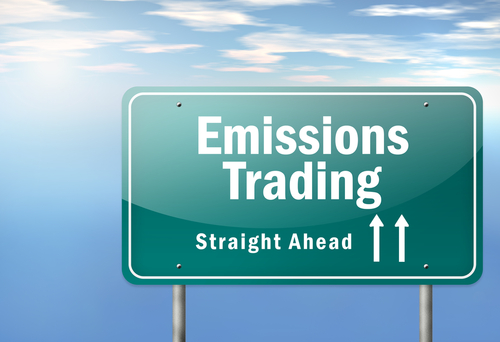 Prices at the EU ETS exceeded 80 euro per tonne of CO2 at the end of last year, more than double what they’d been at the end of 2020. This was partly driven by predictions that the EU’s new environmental target of cutting greenhouse gas emissions 55% by 2030 compared to 1990 levels would increase demand.

In addition, rising natural gas prices in the final quarter of 2021 meant more power generation from coal-fired power plants, which in turn increased demand for and the prices of EU carbon permits.

The EU ETS was set up in 2005 in order to limit greenhouse gas emissions in the bloc. The exact amount of greenhouse gasses that companies are permitted to emit is restricted and polluters must buy permits from other companies if they exceed their limits.

According to the company, China launched its permit scheme in July last year but traded volumes were modest compared to markets in North America and the EU.

The UK launched its carbon market last year after leaving the EU. It has set a minimum price of roughly 25 euro per tonne with the aim of pushing investments towards renewable energy sources.

Some companies criticise the scheme, stressing that it makes them less competitive on the global market. Market turnover stood at roughly 23 billion euro in 2021.