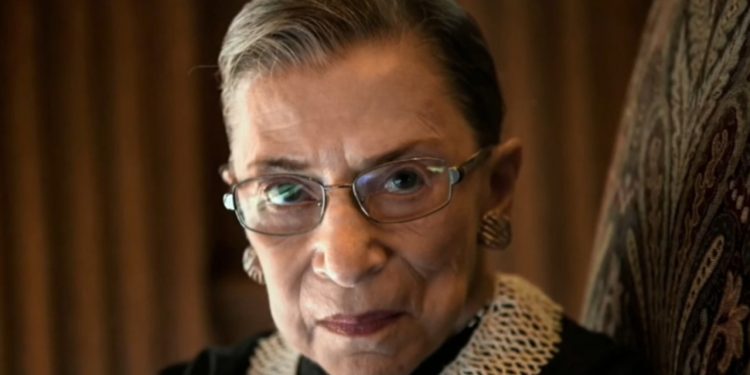 The death of Justice Ruth Bader Ginsburg is a body blow for progressive Americans that will have enormous repercussions for the country’s already extremely precarious democracy. This will begin with the process of replacing Ginsburg on the court. Despite his insistence slightly more than four years ago that it was somehow not okay to for President Barack Obama to even nominate a candidate for the court in an election year, Mitch McConnell will “move swiftly” to confirm whomever Donald Trump nominates to the court.

The Vichy-like capitulation that has defined the Republican Party since 2016 means that whomever Trump nominates will be confirmed by a close vote along party lines. There may be one or two Republicans who vote against the nominee, but McConnell needs fifty votes (in case of a tie the vice-president casts the deciding vote) and he will have them.

The political fallout of this will be two-fold. First, if Ginsburg’s successor is nominated and confirmed quickly, should any legal challenges around the election make it to the Supreme Court, they will be decided by a court with a 6-3 conservative majority. Even if the vacancy is not filled there will still be a solid 5-3 conservative majority. In either case, this means that the Democrats will, unless something extraordinary happens, lose every election related case that comes before the Supreme Court, and that Donald Trump will go into this election knowing that.

Second, the process of nominating and confirming a Supreme Court justice to replace Ruth Bader Ginsburg may change the contour of the election in a way that is helpful to Trump. The smart move for the President would be to nominate a solid conservative woman with a strong judicial and personal credentials-think Neil Gorsuch rather than Brett Kavanaugh. Donald Trump recently released a list of potential Supreme Court candidates included six women who might fit this description.

A Supreme Court confirmation hearing in the waning days of the election would refocus America’s attention away from the Covid19 crisis, the struggling economy and Trump’s increasingly erratic behavior. Instead, the confirmation fight would dominate the headlines. Anything that shifts voters’ attention away from the pandemic would be good for Trump. Moreover, if the Republicans handle the confirmation hearing reasonably well, they would be able spend October telling a story of Democrats trying to destroy a decent man or, better yet, a good woman, and obstructing the workings of the senate. It is not clear how well this would work as the nominee will likely be a very divisive and ideological figure, but it might move some of the dwindling number of swing voters back to Trump.

Another battle over a Supreme Court nominee will help also mobilize Trump’s voters. Conservatives, even those who may be entirely happy with Trump, generally are very pleased with his judicial appointments. A high profile appointment close to the election would remind those conservative voters of the danger, as they see it, of allowing Joe Biden and the Democrats to be making those judicial appointments.

A contentious Supreme Court hearing occurring in the long political shadow of Mitch McConnell’s refusal to even give Barack Obama’s 2016 nominee for the court, Merrick Garland, a hearing, and in the runup to an extremely contentious election will further strain America’s political institutions. The most likely outcome is that Trump’s nominee will be confirmed with the votes of numerous senators who represent states like the Dakotas, Wyoming, Iowa and Nebraska that have a combined population that is less than that of New York City.

This will further underscore how the undemocratic nature of the senate has now taken on a partisan bent that has all but institutionalized a government dominated by a minority much older and whiter than the population of the country. If that court than is seen as playing an instrumental role in legal and political post-election machinations that contribute to Trump’s effort to remain in office after having lost the election, it will damage the institutional strength of both the Supreme Court and the senate.

For Trump and McConnell, the decision that will serve their short-term political interests the most is to find a strong nominee, get him or her confirmed and ignore the chorus of Democrats and others calling them hypocrites. That remains the way things are most likely to develop in the next few weeks, but might also bea risky course. By so clearly breaking with the precedent McConnell, Senate Judiciary Committee Chairman Lindsey Graham and others so badly wanted to set in 2016, particularly if that leads to partisan court decisions that keep Trump in office, the already imperiled Constitutional system could be pushed to its breaking point.

A clear defeat in the popular vote followed by a long post-election period characterized by Trump and the Republicans insisting that mail in ballots not be counted, that Biden’s victory was due to fraud or other similar ploys that ends up being in upheld by a Supreme Court that is perceived by many as being illegitimately controlled by conservatives could undermine stability and create more chaos and uncertainty heading to the New Year. Unfortunately, the death of Ruth Bader Ginsburg makes that more likely today than it was a week ago.