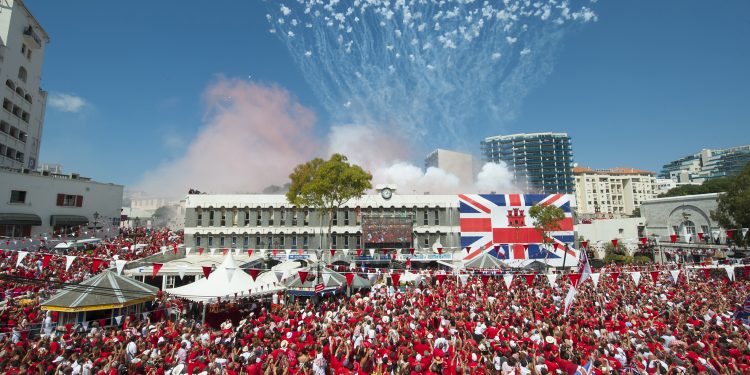 Wednesday 10 September marked National Day in Gibraltar, with leaders addressing residents of the Rock in a more subdued celebration than previous years.

In contrast to the usual street party in Grand Casemates Square, the scaled back celebration played out mostly online with virtual concerts and video addresses, including from the Chief Minister and other Members of Parliament.

The British Prime Minister and leaders of devolved nations also gave separate addresses. Outdoor gatherings took place in adherence with social distancing measures as the official day took on particular significance against the backdrop of the COVID-19 and ongoing Brexit negotiations.

Gibraltar National Day is the annual commemoration of the small island’s first referendum in 1967 that asked Gibraltarians if they wanted to remain under Britain’s sovereignty or pass to Spain. After a 96.5 percent voter turnout, only 44 people voted to cede to Spain’s authority.

“My heart breaks that we cannot celebrate as we usually do,” said Chief Minister Fabian Picardo in the main square in an emptier gathering than usual.

“My broken heart is filled with pride when I see everything we have successfully achieved together, when I see in our generation the same grit, unity, and resolve to our nation as our forefathers have shown.”

Opposition leader Keith Azopardi used the same sentiment of unity as Gibraltans face the coming post-Brexit challenges and the continuing pandemic. “They are, together, the biggest challenge since the joint-sovereignty bid of 2001,” he said.

“As has been the case with other challenges we need to stare it down and unite as a people to do so.”

MP Marlene Hassan Nahon emphasised Gibraltar’s position at a “crucial junction” for its future and that red lines must not be crossed when negotiating its relationship with the EU.

“It is our hope that one day the paths of the UK and the EU will join again, but in the meantime we understand that it is in Gibraltar’s interests to have a close relationship with the EU, amicable relations with Spain and a free flowing border,” she said, before adding that consensus was also important.

“On this National Day it is my wish that we return to the spirit of 1967, the spirit of unity, transparency, the submission of our personal and political interests for the greater good”.