Giants of Sint-Joost come out again after thirty years 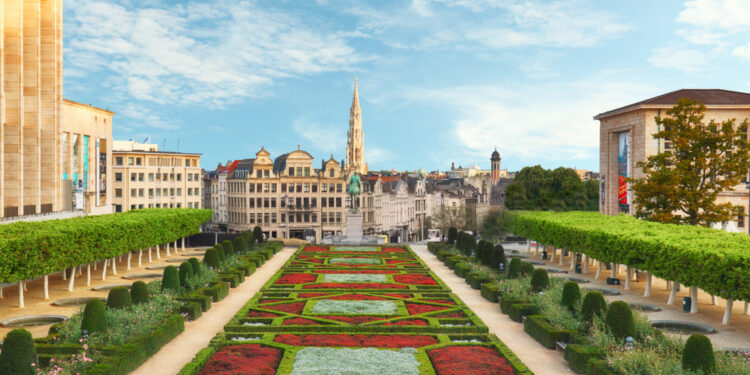 Brussels, (Brussels Morning)-  On May 21, the carnival procession of Sint-Joost-ten-Node will take place again for the first time in sixty years. Familiar faces show up for the occasion: the three giants of the municipality. The dolls represent Saint Judocus, poet Johan Baptista Houwaert and ex-mayor Guy Cudell. The procession runs from the Rogier square to the Sint-Joostplein.

At the request of the residents, the municipality decided to organise another carnival procession in Sint-Joost. The event is the perfect opportunity to revive old traditions.

Mayor of Saint Josse Emir Kir announced the return of the giants during a press conference. These are three metres high statues that participate in the procession. The last time the giants appeared in public was thirty years ago. “Carnival brings the population together, it is an intergenerational and cultural event,” said Mayor Kir.

The theme is ‘travel through the world, time and space’. Local associations, schools and professional dancers will join the procession. “It is an honour for us to revive this ancient folklore tradition. There are already 400 people participating in the event,” says press officer Murielle Deleu. The procession starts at 1 pm at Place Rogier and ends at 4 pm at Place Saint-Josse.

The statues represent three icons of the municipality. The two oldest were built in 1952, for the 700th anniversary of Saint-Josse-ten-Node. The first represents St. Joost (or Judocus). He was the son of a Breton king who renounced his title to become a pilgrim. The church is named after him. The second giant is the effigy of Johan-Baptista Houwaert, a famous poet and playwright who is buried in the municipality.

The two oldest statues joined the procession only twice. Cudell’s giant never got that honour but stood behind closed doors in the Charlier museum.

Alderman of Tourism Dorah Ilunga (PS) had the task of having the old statues renovated. The giants were restored by Geneviève Hardy, a French artist. “It is a craft that has almost completely disappeared. We are extremely grateful to Ms. Hardy for the time she has put into this,” says Ilunga. The costumes, on the other hand, were restored by the seamstresses of the Héritage des Femmes association, a non-profit association in Schaerbeek.

“We hope to get as many residents of the municipality as possible on Saturday. This traditional procession is a tribute to our municipality,” says Mayor Kir.