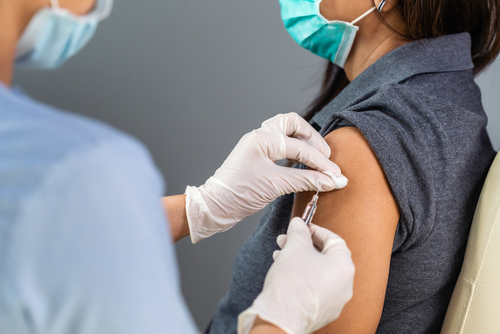 Brussels (Brussels Morning) Germany’s plans to donate 100 million COVID-19 vaccines to poorer countries this year may not reach the stated goal, a Federal Ministry of Health senior official’s letter to the European Commission has revealed.

The letter cited delivery shortfalls and conditions imposed by manufacturers as the reason, Reuters reports.

The EC noted that the EU had promised to donate 200 million doses to poorer countries this year, and that Germany’s 100 million represented half of the intended donation.

The Federal Foreign Office reported on Tuesday that Germany had managed to donate just over 17% of the planned amount.

Thomas Steffen, State Secretary at the Federal Ministry of Health, in a letter to the EC’s newly established Health Emergency Preparedness and Response Authority (HERA), said that Germany was facing “ongoing bureaucratic, logistical and legal problems.”

He blamed vaccine makers and the conditions they set for donating surplus vaccine doses for causing the problems, noting that their demands make “a quick response to international requests for help almost impossible.”

EU member states and wealthy nations have come under pressure from the World Health Organization (WHO) to donate more COVID-19 vaccine shots to poorer nations.

WHO points out that poorer countries have very low vaccination rates while their wealthier counterparts have vaccinated their most vulnerable groups.

“With vaccine surpluses in many member states increasing at present, we will soon be facing a situation of global allocation emergency”, Steffen warned. The German official cautioned that “some countries could be forced to waste large volumes of valuable vaccines urgently needed in other parts of the world.”

He went on to stress how vaccine makers had imposed restrictions on donations to international organisations, and had set minimum sales prices and compensation payments for recipients.

Donation shortfalls would likely lead to harsher criticism of wealthy nations at a time when they are pushing booster campaigns and the vaccination of children who are at very low risk from COVID-19 while other parts of the world are struggling to vaccinate their most vulnerable groups.l