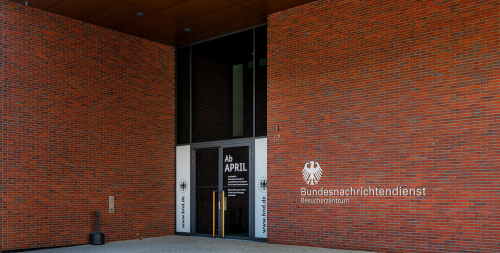 Brussels (Brussels Morning) Germany’s Social Democrats (SPD), the Greens and the Free Democratic Party (FDP) signed a formal coalition agreement on Tuesday, cementing the so-called “traffic light coalition” ahead of tomorrow’s vote on the new cabinet in the Bundestag.

“This should be a morning for a new start”,  SPD’s Olaf Scholz, the coalition’s choice as the next Chancellor, declared on the eve of taking office. The Greens’ co-leader Robert Habeck and the FDP leader Christian Lindner signed the agreement on behalf of their prospective parties.

Speaking at a news conference in Berlin, Scholz announced that his new government will focus on working with democracies around the world, He praised US President Joe Biden for strengthening the community of democratic countries, saying, “it is now clear what binds us together.”.

Habeck, whose party finished in third place in the September elections, behind the SPD and departing Chancellor Angela Merkel’s Christian Democratic Union (CDU), will become vice-chancellor and hold the post of Minister of Economy and Climate. The Greens’ other co-leader and his party’s former chancellor-candidate, Annalena Baerbock, is to hold the post of Foreign Minister, cementing the Greens as a significant influence in the incoming three-party government.

FDP’s Lindner will take the position of Finance Minister – his party’s and his personal goal during the coalition negotiations – and will use his new position to deliver on campaign promises to businesses – no significant tax hikes, and an end to excessive government spending.

How the FDP’s fiscally conservative positions will clash with the SPD’s plans for a higher minimum wage, the construction of 400,000 new apartments and a better social safety net remains to be seen. The FDP is also likely to clash in the future with the Greens on the party’s proposed climate initiatives, which include massive government subsidies for green energy transition.