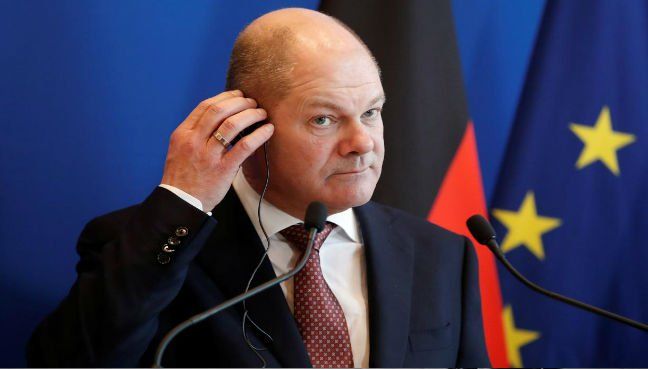 German Finance Minister Olaf Scholz warned today that the latest signals from the UK do not raise hopes that an agreement will be reached and that a disorderly Brexit would be disastrous for Britain and its citizens, Reuters reports. Scholz expressed concern that a failure to reach an agreement between the UK and the EU would not be good for Europe as a whole. On Monday, the EU warned the UK that no trade deal would be made if London tried to tinker with the divorce treaty, a move that increases chances that the Brexit saga will end turbulently at the end of the year.

The EU issued its warning after the Financial Times reported that Prime Minister Boris Johnson’s government might undercut the Withdrawal Agreement signed at the beginning of this year. Britain maintains that it will honour the deal, stressing that it was offering clarification in order to avoid any future legal problems that might arise. Scholz pointed out that whoever is leading the negotiations must do so in good faith with the aim of achieving a positive outcome and that this is how the EU has been approaching the matter. The Finance Minister noted that he was not concerned about speculation as to whether an agreement would be reached or not.

Acknowledging that the latest signals from London do not help prospects for an eventual agreement, Scholz suggested that this could very well be part of Britain’s negotiation strategy. Without an agreement, annual trade between the UK and the EU worth an estimated US$ 900 billion ranging from automobile parts and medicines to fruit and data could be in jeopardy. German government spokesman Steffen Seibert pointed out yesterday that Germany is convinced a deal can be reached but warned that time is running out and that London must make concessions.