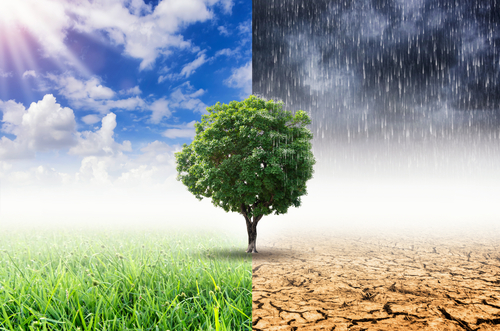 The warning was clear: act now or an “eco-lockdown” may be the only choice left. And it was well-taken. In response to the ruling on 5 May, the Federal Minister of Environment, Svenja Schulze reset emission targets to -65%, instead of -55%, by 2030 and climate neutrality by 2050.

Germany’s 2019 Climate Protection Act sets an emission reduction target of at least 55% by 2030 against the levels of 1990 in line with the objective of the EU Green Deal. However, it fails to legislate on the trajectory and pathways towards the 2050 climate neutrality objective.

That omission, the Court finds, causes a “heightened risk of serious losses of freedom because there would then be a shorter timeframe for the technological and social developments required to enable today’s still heavily CO2-oriented lifestyle to make the transition to climate-neutral lifestyle a pathway that respects freedom”.

Carbon budgeting or how much can we pollute

The judges in Karlsruhe are clear, if the law allows to use the remaining “carbon budget” too quickly, there will be important restrictions of individual freedoms protected by the Basic Law at a later stage.

“Carbon budget” in this context is the amount of CO2 emissions that Germany may regard as its “pollution quota” from the present time until emission neutrality.

The Court was able to rule on the merits of the case (at least partially) because climate protection is enshrined in the German Constitution. An insufficient reduction target today narrows the options for reducing emissions in the future, in compliance with Art 20a of the German Constitution, [Basic Law]. Climate protection objectives are further enshrined in the Paris Agreement, to which Germany is a signatory. These principles have constitutional status.

The transition towards a post-fossil society requires a fundamental overhaul of all areas of politics, economy and lifestyle. The Constitutional judges in Karlsruhe make clear that this restructuring is mandatory as it threatens the existence of fundamental rights of future generations and must begin immediately to avoid a suppressing of individual rights and freedoms after 2030.

The provisions of the recently approved “Climate Law” of the Federal Republic, therefore, must be strengthened and the pace of the ecological transition accelerated. The law, according to the Court’s ruling, does not sufficiently ensure that the necessary transition to climate neutrality will be timely. Lawmakers are therefore instructed to enact provisions no later than 31 December 2022 that specify in greater detail how the reduction targets for greenhouse gas emissions are to be adjusted for periods after 2030.

For more insight into the ruling, Brussels Morning spoke to one of the plaintiffs of the case and executive director of Deutsche Umwelthilfe (Environmental Action Germany), Sascha Müller-Kraenner. You can read her interview here.