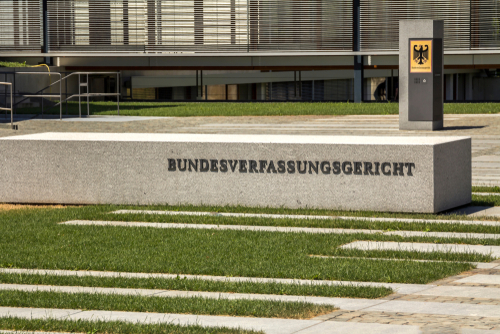 A major constitutional battle has sped up Germany’s path toward its climate change goals, a key plaintiff on the case explains the significance to Brussels Morning.

That ruling led to the Federal Minister of Environment, Svenja Schulze resetting emission targets to -65%, instead of -55%, by 2030 and climate neutrality by 2050.

In last week’s ruling, the Court found that an omission in Germany’s 2019 Climate Protection Act, which sets the targets, meant there was no legislative coverage for the trajectory and pathways towards the 2050 climate neutrality objective, caused a “heightened risk of serious losses of freedom because there would then be a shorter timeframe for the technological and social developments required to enable today’s still heavily CO2-oriented lifestyle to make the transition to climate-neutral lifestyle a pathway that respects freedom”.

Climate protection is enshrined in the constitution. The judges in Karlsruhe believe that if the law allows use of the remaining “carbon budget” too quickly, there will be important restrictions on individual freedoms protected by the Basic Law at a later stage.

One of the plaintiffs of the case and executive director of Deutsche Umwelthilfe (Environmental Action Germany), Sascha Müller-Kraenner, spoke to Brussels Morning about the significance of the ruling.

Sascha Müller-Kraenner (SMK). I think that the Court in Karlsruhe wants us to avoid a situation like the one faced by legislators during the coronavirus pandemic, where lockdowns were eventually unavoidable. The pandemic wasn’t prevented, nor did we prepare to manage it in the future. The same is true for climate change. We knew that the loss of biodiversity increases the risks of pandemics, but we haven’t acted to prevent the root causes of the crisis. There is a parallel with climate change.

This is indeed on the basis of the scientific consensus established since the 1990s, that the Germany’s Karlsruhe-based Constitutional Court is instructing the government and the political elite to stop ignoring the facts and act as if climate change was an unexpected and uncontrollable phenomenon. It is not and we know what to do.

The Paris Agreement, in fact, allocates to Germany — and any other state — a fixed carbon budget. Society as well as the economy need to adjust to this budget, setting appropriate targets to be fulfilled within precise timelines.

(AM): What are the political consequences of the ruling?

SMK. In my opinion the ruling changes the political dynamics in Germany. From now on, no party can challenge the Paris’s objectives. Among the concrete tighter climate protection measures that should be taken, the Deutsche Umwelthilfe believes that, along with planned higher CO2 price it is also essential to phase-out coal no later than 2030. I would also expect that the government would reconsider Nord Stream 2, as well as it sets higher expansion targets for renewables. The time to act, tells us the Court, is now.

However, the response must be comprehensive, as it requires the mobilisation of technology, appropriate fiscal policies, and the ability to manage deep societal change. The transition must be just or it will not happen.  Indeed, a societal transformation of this dimension will bring about conflicts and potential systemic disruption.

AM: The poorest layers of society risk bearing a disproportionately high price for the transition. If this happens, and the shift towards a more ecological economy becomes politically unviable, then everyone fails, right?

SMK. Above all it’s good politics and strong leadership that will make the difference between success and failure.  Both are needed to defuse the potential for social conflicts that are inherent in what will be an industrial revolution happening at breakneck pace.

AM: Who shows these leadership traits in Germany now that the country is leaving behind the steady hand of Chancellor Angela Merkel?

SMK. Speaking of the upcoming elections, all candidates must embrace change if they want to convince the electorate that they can lead Germany out of a stagnant economy.  They will also need to give convincing responses to the climate crisis. The Green Party candidate Annalena Baerbock could be the sort of leader we need. She has a strong background in environment, climate and European politics. She is the candidate with the sharpest international profile and vision, as compared with the other candidates for Chancellery. If she surrounds herself with a good team, she will be difficult to beat.

AM: Some are skeptical about the ability of anyone to rally enough popular support behind such radical policies, necessary to implement a legitimate transition. What’s your take?

SMK. The immediate reaction to Karlsruhe’s ruling shows how deeply the new ‘constitutional status’ of climate protection resonates with the public. In fact, an overwhelming majority of opinion leaders in the media, political parties, as well as business leaders embraced the ruling. The expectation now is that politicians have the mandate to act quickly and decisively.

AM: How can you ensure this support continues when the game of the ecological transition gets tough and prices of resources go up?

SMK. The key, we agree, is to accelerate structural measures. The ruling, provides a window of opportunity to instigate structural measures, including tougher climate targets for critical sectors and a higher carbon price, a swifter coal phase out or a transformation of the agricultural sector than would have been possible in normal times when only incremental steps can be negotiated.

The risk, as the Yellow Vests in France has painfully proven is social resistance.

If new fiscal measures and the shift of consumption models hit the weakest sections of our society, without providing affordable alternatives, resistance will be insurmountable.

AM. This view echoes the view of this column’s earlier interview with the head of  DG Clima, Mauro Petriccione.

SMK. There will be a point in time when individual measures and their social or economic effects will get scrutinised. One example: the distributional effects of a carbon price with be looked at very thoroughly. This is the reason why it is so important to get the price signals right now to avoid social conflicts in the future.

I believe that conflicts will be limited where consumers can make an alternative choice: public versus private transport or changes in their diet (less meat but higher quality). Conflicts will be more difficult to resolve where no simple technological alternatives exist, for instance, heating systems for buildings. Those conflicts can only be resolved if the new carbon price is not simply passed on to the weakest in our society but to those who can invest in a carbon free future today to avoid paying tomorrow.

AM. To get there, however, we need a new economic paradigm and a new perception of “growth” that puts “efficiency first” and “designs waste out products”, often referred to as circular economy. Right?

SMK. All value chains based exclusively on extractive industries will be doomed as their resource base will be shrinking. For instance, replacing significant quantities of plastic using bio-economy by-products can contribute to qualitative improvements. This however will not sustain unrestrained quantitative consumption, as the land to grow those resources will remain limited and land use conflicts will increase.

In any case, this is the challenge that we need to fight together, also with “strategic rivals” such as China and Russia. Cooperating for the common good of humanity doesn’t mean, however, to forget who we are and the values we stand for. The repatriation of some supply chains will not only decrease dependencies but have a positive effect on climate decreasing unnecessary emissions and increasing resource efficiency. This is true for Europe as well as for China.

Read more about the case here.