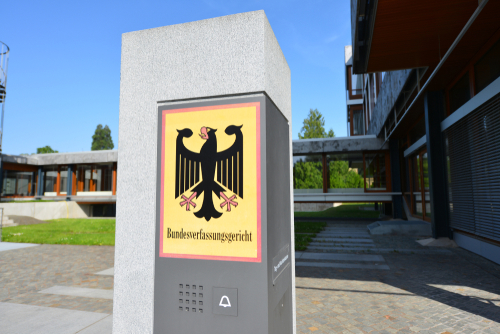 Brussels (Brussels Morning) Germany’s Federal Constitutional Court ruled on Thursday that the rent cap legislation introduced by the Berlin state government is unconstitutional and can no longer be enforced, Deutsche Welle reports.

The Federal Court determined that a state government could not introduce its own law regulating rents within its jurisdiction, since a superseding law had already been enacted by the federal government.

Berlin’s urban development minister,  Sebastian Scheel of the socialist Die Linke party, lamented the Court’s decision as a “heavy day for renters in Berlin”; in a statement given to taz. “We took this part for good reasons”, he said. “We knew that we were treading new ground, and wanted to sound out this issue of jurisdiction”.

Scheel promised the state government – ruled by a left-wing coalition of Social Democrats, Greens and Socialists – would step in and provide aid to tenants who will now find themselves facing rent hikes.

The Berlin government introduced the rent cap in February last year as a stop-gap measure to “afford breathing space” for tenants while new housing is being built to help offset rapidly increasing housing prices. According to the German Property Foundation, rents in new contracts in Berlin soared 27% between 2013 and 2019.

Berlin froze rents for 90% of apartments in the city at their June 2019 level, preventing any new rents to go above that level, and mandated that existing rents above that level would have to be reduced to comply.

The federal government had introduced its own “rent brake” in 2015, limiting landlords from raising their rent more than 10% above local market level. However, Berlin authorities and tenants claim the measure did little to stop the spiraling prices in the nation’s capital. Now, according to the Constitutional Court, the existence of the federal law renders the local Berlin law illegal.