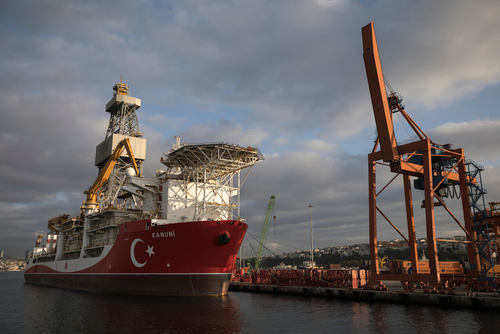 Speaking in a video conference with Turkish President Recep Erdoğan, Merkel “stressed that it was now important to make progress in dialogue,” according to a German government statement released on Monday.

Tensions between the EU and Turkey escalated over Turkey’s hydrocarbon exploration in disputed waters in the Eastern Mediterranean last year as Greece and Cyprus lay claim to the maritime territory.

In August 2020, Turkey deployed the Oruç Reis seismic survey vessel to waters off Cyprus, which Greece and Turkey have been in dispute about. The EU issued several warnings against the move, which Turkey ignored until recently.

In December, the EU decided to impose sanctions on Turkey, with Brussels noting that “Turkey has engaged in unilateral actions and provocations and escalated its rhetoric against the EU, EU member states and European leaders.”

At the EU summit in December, bloc leaders agreed to discuss the possibility of expanding sanctions against Turkey and to target larger parts of the country’s economy at the next summit slated for late March.

Erdoğan had ignored the threat of additional sanctions and remained obdurately confrontational. However, he softened his rhetoric recently and Merkel has commended his plan to “turn the page.”

Germany, home to the EU’s largest Turkish diaspora, has been trying to mediate between Greece and Turkey on a number of issues. It has been keeping the 2016 deal between the EU and Turkey alive, according to which Ankara prevents illegal migration to the bloc in exchange for money.

Turkey’s Minister of National Defence, Hulusi Akar,has warned recently that Greece is in violation of Lausanne and Paris agreements, citing the presence of Greek troops on several islands in the Aegean Sea, Kathimerini reports. He pointed out that, according to the two agreements, the islands must be demilitarised. Last week he commented on the resumption of talks and said he hoped peaceful solutions could be found. “We want everyone to know that we are ready to make necessary contributions to resolve the issues.”