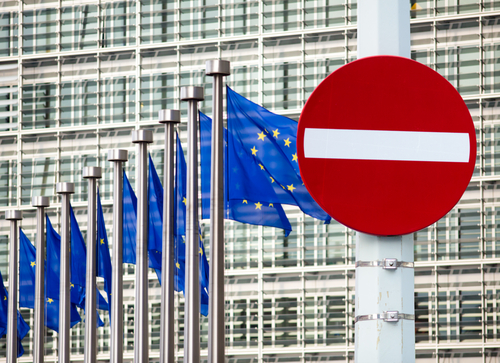 The move comes after Turkey withdrew from the Istanbul Convention and shut down the Peoples’ Democratic Party (HDP).

Bloc leaders are to discuss the EU’s strained relations with Turkey at their upcoming summit and are planning to update the 2016 migrant deal, according to which Turkey receives EU funding for holding migrants back from attempting to reach the EU. The bloc threatened Ankara with sanctions last year as tensions between Turkey and Greece flared up over hydrocarbons exploration in the Eastern Mediterranean, only to shelve the plan as relations subsequently improved.

There was a further setback last week when moves by Ankara angered some EU leaders, an indication that hopes for further improvement had diminished.

Maas’ comments on relations with Turkey

“There is de-escalation in the Eastern Mediterranean”, Germany’s Foreign Minister, Heiko Maas, acknowledged after a meeting of EU foreign ministers. However, he also noted that decisions “on the HDP or the pullout of the Istanbul Convention are certainly the wrong signals”.

“We will therefore keep the prepared sanctions on the table, and we reserve the right to impose them should Turkey steer away from the constructive course which it has taken lately with regard to specific topics with the EU”, he warned.

Maas claimed that Turkey is on its “way back into the Middle Ages” and concluded “this is not the way that we need to see to rebuild a normal relationship with Turkey.”

An unnamed EU diplomat pointed out that “something very close to a military incident, or a dramatic change in Berlin’s approach” would be necessary for the EU to abandon its moderate approach.

Josep Borrell, High Representative of the EU for Foreign Affairs and Security Policy, cited positive and negative developments regarding Turkey, when he stressed that “the mix will have to be taken into consideration” at next week’s summit meeting.