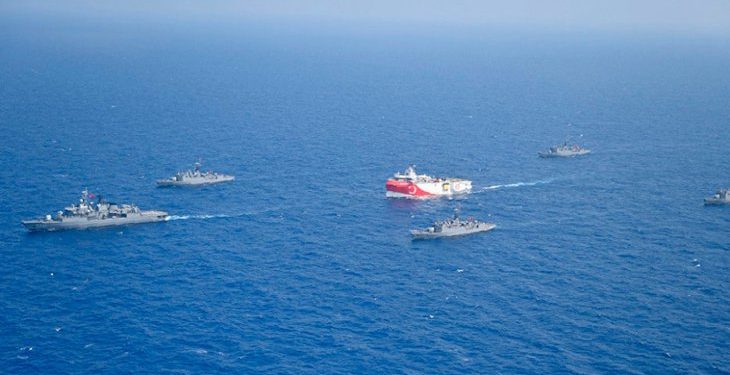 Brussels (Brussels Morning) The German Minister of Foreign Affairs Heiko Maas warned Turkey against provocation in disputed waters in the Eastern Mediterranean, DW reports Tuesday. Speaking before his visit to Cyprus and Greece, Maas urged Turkey to end seismic exploration off Greek islands and stressed that Germany stands with its EU partners Cyprus and Greece.

Noting its repeated assurances of its readiness to negotiate, Maas called on Ankara to stop switching between provocation and de-escalation in the Eastern Mediterranean. As the EU’s mediator between Ankara and Athens, he called on Turkey to remain open to talks.

His statement comes in the wake of Turkey’s announcement Sunday that it was redeploying the Oruç Reis exploration vessel to contested waters off the Greek island of Kastellorizo on a ten-day mission. The Greek Foreign Ministry accused Ankara of systematically undermining peace and security in the region and demanded that it reverse the decision and immediately cease its illegal actions. The Oruç Reis decision was proof that Turkey was unwilling to negotiate, according to Athens. The Turkish Ministry of Foreign Affairs criticized Greece’s statement as groundless and incompatible with international law.

German government spokesman Steffen Seibert warned that exploration in the disputed waters was regrettable since it was a set-back to efforts to ease tensions. Moreover, Turkey’s actions would undermine efforts to advance EU-Turkish relations.

Turkey’s President Recep Erdoğan told EU Council President Charles Michel on Monday that Ankara expects the EU to hold a regional conference with Eastern Mediterranean states, Kathimerini reported Monday. He claimed that Greece was escalating tensions in the region, despite Turkey’s well-intentioned approach. He also pointed to the need for improved ties between Turkey and the EU.