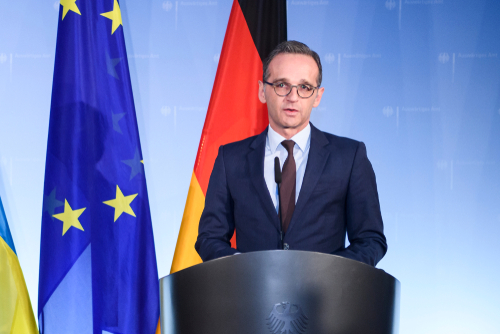 Brussels (Brussels Morning) Germany’s Minister of Foreign Affairs, Heiko Maas, has called on the EU to strip member states of veto rights when it comes to foreign policy issues.

On Monday, he stressed that EU rules should not allow the bloc to be “held hostage” by member states. His comments come days after a German official criticised Hungary, in a show of Berlin’s frustration that bloc members cannot be forced by the majority to implement policies they reject, Reuters reported on Tuesday.

“We can’t let ourselves be held hostage by the people who hobble European foreign policy with their vetoes” Maas argued at a meeting of German ambassadors in Berlin.

“If you do that then sooner or later you are risking the cohesion of Europe”, he observed, adding that “the veto has to go, even if that means we can be outvoted”.

A not so cautious Germany

Germany is usually more cautious about protecting its image in the bloc where it can be portrayed as an overbearing political heavyweight that throws its weight around. In this instance, however, it chose to disregard the optics to rebuke a fellow EU member state.

The suggestion to scrap veto powers came after Hungary vetoed an EU statement in April that criticised China’s power grab in Hong Kong, which undermined the bloc’s efforts to condemn the Chinese Communist Party’s undermining of freedoms in Hong Kong.

Prime Minister of Hungary Viktor Orbán pointed out on Monday that the EU left, headed by the German left, was going after Hungary because it refused “to sign a politically inconsequential and frivolous joint declaration on Hong Kong”.

He said such declarations serve to shape EU’s image as a “pathetic paper tiger”, an approach, he claimed, that “has led to the EU’s foreign policy stance becoming a laughing stock”.”As far as Europe’s policy on China is concerned, we believe that we must prevent the re-emergence of Cold War policies and culture in world politics”, Orbán declared.