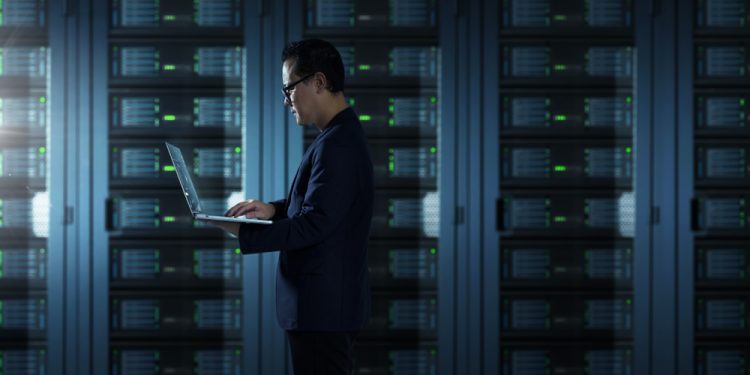 IT Technician in suit works on laptop working in server room .

The IMST is an important partner of the German Aerospace Centre, providing products and services to the German Armed Forces, the document notes. In addition, IMST’s expertise is important for future construction of crucial infrastructure, including 5G and 6G networks.

The German government recognises the IMST as a key source for radar, radio and satellite communication technology, acknowledging the value of the institute’s expertise for national security, the document shows. The thwarted takeover was attempted by a subsidiary of the state-controlled China Aerospace Science & Industry Corporation Limited (CASIC).

The blocking move comes against a backdrop of growing tensions between Germany and China over unfair competition fuelled by a combination of state support for businesses and market access restrictions.

While the German Ministry for Economic Affairs and Energy declined to confirm which companies are at issue, it did note that the ministry had been authorised by the cabinet to check and block non-EU investments that might threaten national security.

A statement by the Chinese Ministry of Foreign Affairs noted that the government encourages Chinese companies to pursue mutually beneficial cooperation abroad, but emphasised that it had no knowledge of the case. The statement went on to hope that other countries would not discriminate against Chinese companies operating and that they would avoid politicising economic cooperation, and not resort to the use of national security as an excuse for protectionism.

The IMST declined to comment on the case and the CASIC did not respond to requests for immediate comment.

Germany has changed the rules for screening and blocking takeovers and acquisitions of stakes in German companies by non-EU entities. In has done so in order to stave off unwanted takeovers in strategic areas, primarily by Chinese state-supported investors.

According to the new rules, Germany can intervene where the attempted acquisition amounts to 10% stakeholding. The previous cut-off level was fixed at 25%. Berlin has thwarted several Chinese deals and takeover attempts in recent years.