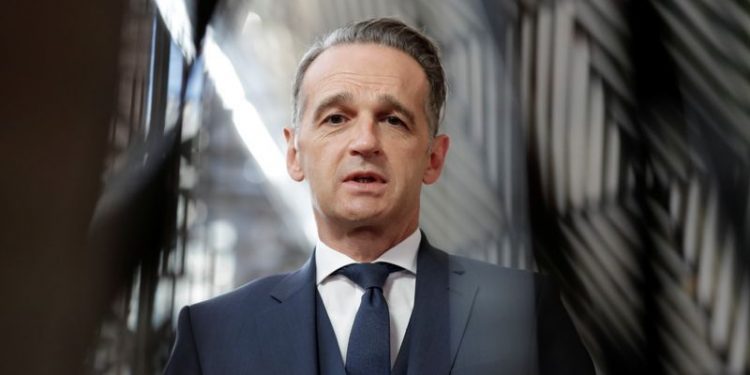 Sanctions cannot be avoided any longer and should be targeted and proportionate, he said, according to t-online. Europe, he added, was unanimous that grave violations of the International Chemical Weapons Convention must not be left unanswered.

Bundestag President Wolfgang Schäuble, meanwhile, called on Friday for greater cooperation with Russia, with Moscow next day pointing out that Germany has refused its request for investigators from Moscow to visit Navalny.

Germany has repeatedly said it had found unequivocal evidence that Navalny was poisoned with a Soviet-era nerve agent, findings that had been confirmed by French and Swedish laboratories. Maas gave notice that EU leaders would discuss the Navalny incident at the summit slated for 15-16 October summit.

German Chancellor Angela Merkel said Friday that the EU awaits the results of a probe by the Organisation for the Prohibition of Chemical Weapons (OPCW). She welcomed the condemnation of the poisoning by EU leaders and, calling on Russia to cooperate with the OPCW inquiry, noted that the EU Council is scheduled to discuss the issue within the next two weeks.

Russian President Vladimir Putin’s press secretary Dmitry Peskov on Thursday accused Navalny of working with the US Central Intelligence Agency (CIA) and dismissed claims that Putin was behind the poisoning as groundless and unacceptable, RFI reported. Speaker of the Russian Parliament Vyacheslav Volodin earlier that day accused Navalny of cooperating with Western security services, and characterised Navanly’s accusations as shameless and mean. He insisted that only a dishonourable man could make such accusations and that it was absolutely obvious Navanly was working with the authorities of Western countries.

Navalny has responded by challenging Russian authorities to prove their allegations, stressing that, if true, it would be a matter of national security.